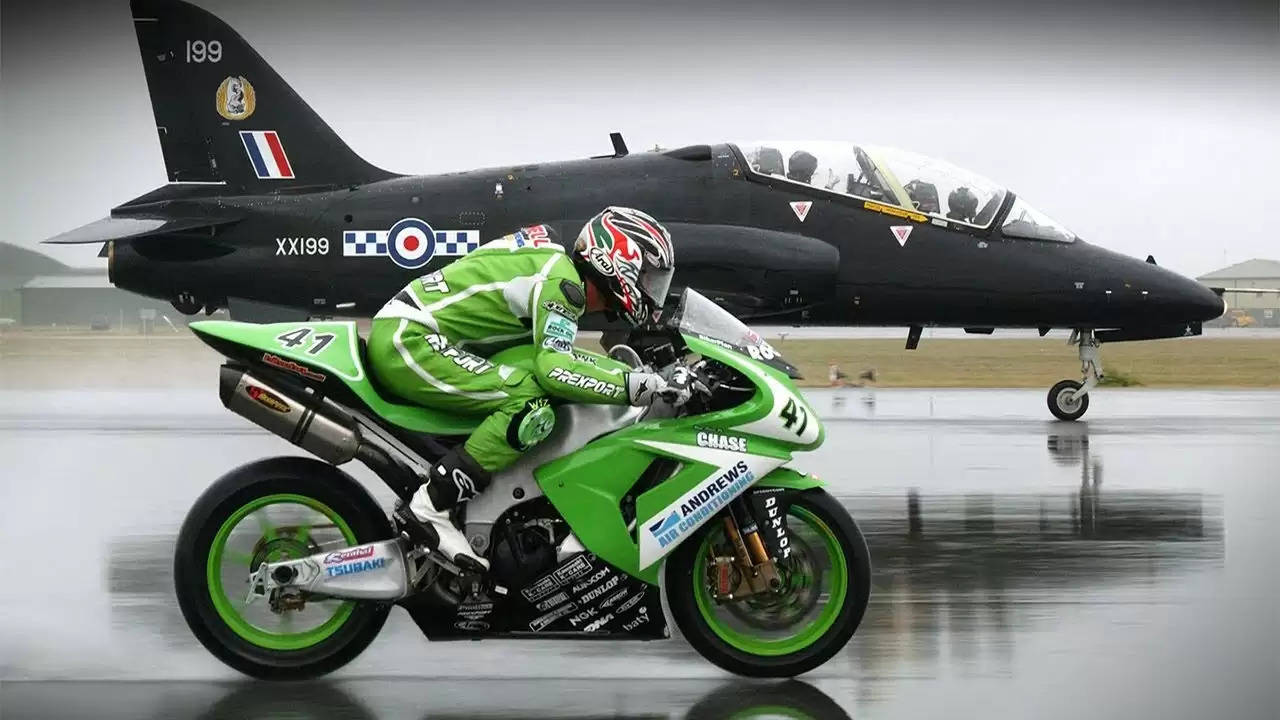 Sports bikes possess a mysterious quality that includes acceleration, agile handling, laser-like precision, and low momentum. The top 10 fastest bikes in the world as of 2022 are listed below

The fastest motorcycle in the world as of 2022 is the Kawasaki Ninja H2R, which has a speed record of 400 kmph (250 mph) in a record-breaking 26 seconds. The pinnacle of the technical wonder that has never been seen before is the lightweight, powerful engine that is combined in the track-only model Kawasaki. This liter-class model was the only motorbike to employ supercharging technology on a track, and it was a strictly track-only motorcycle because of its immense power.

An electric superbike-focused motorbike has been introduced by the Silicon Valley company Lightning Motorcycles. Lightning LS-218, the brand's flagship model, has been in production since 2014 and was developed, created, and manufactured entirely in the US. With a peak speed of 218 mph, the Lightning LS-218 has held the title of fastest electric motorbike since 2014.

The Kawasaki Ninja ZX-14R, with a peak speed of 208.1 mph, is the third-fastest bike in the world. This super bike could go from 0 to 100 kph in under 2.7 seconds.
Ninja ZX-14R has a 1441cc liquid-cooled engine with four valves that has a maximum power output of 197.3 BHP at 10,000 RPM. For a very long time, the Ninja series was constantly among the top street motorcycles for cutting-edge technology and research.

The big daddy Hayabusa, Suzuki's flagship model, is arguably the most well-liked bike in the world. Prior to Suzuki's competition releasing our top three speed bikes, the Hayabusa was also the fastest production motorbike for a considerable amount of time. Although it still sometimes gets confused with the former speed record, Hayabusa is no longer the fastest production motorbike in 2022.

BMW Motorrad derives its racing DNA technology straight from its parent company, BMW, in contrast to the other Japanese automakers. The BMW S1000RR is the fastest BMW motorcycle, with a peak speed of 303 kph (188.2 mph).
BMW has so far paid attention to cutting-edge aerodynamics for the fresh feel of this iteration. The 2019 S 1000 RR, a completely redesigned motorbike from its previous iterations.

The four-cylinder engine in the street-legal variant generates 205 horsepower. Its body frame race kit also decreases the bike's weight to 175 kg, bringing its top speed up to the necessary 302 kph for racing. If you want a strong motorbike with a distinctive Italian flair and lightness, the F4 RC is the one you should get.

Honda's flagship sports bike for the general public, the CBR1000RR Fireblade, brings racetrack technology to the road. The most innovative and powerful Honda motorbike has now been enhanced since the 2019 model. It gets a number of the most cutting-edge racing features, including a new ABS gyroscopic system, Wheelie Control, Rear Lift Control, Powerful Engine, Braking, and Riding Mode Select System.

The brand's flagship motorbike, the R1, offers motorcyclists a street-legal opportunity to experience the MotoGP DNA. Max power output is 197.2 BHP, and peak torque is 112.4 Nm. A four-inline, 998cc gasoline engine and an aluminium chassis with a diamond structure support the R1.

2018 saw the introduction of Ducati's current flagship, the 1103cc Panigale V4, which replaced the Panigale 1299 with a V-twin engine. For their greatest sports bikes, Ducati Corse engineers reduced the feedback/data quantities from owners of world-class speed bikes and the SuperBike world championship competitions. Changes including more aerodynamic chassis, electronic control, and Ride wire mapping have been made as a result of their findings. These changes sought to increase stability and turn-in speed to help riders close turns and more securely handle the throttle.

The Aprilia RSV4 shot into the spotlight as soon as it was introduced in 2016. A limited-edition superbike model with a track-focused focus, the RSV4 RF has features like a hlins fork, Performance Ride Control, Wheelie Control, Launch Control, Quick Shift, etc. The Aprilla RSV4 is powered by a 999cc, liquid-cooled V4 engine with a 6-speed transmission that generates 198bhp and 115Nm of torque.