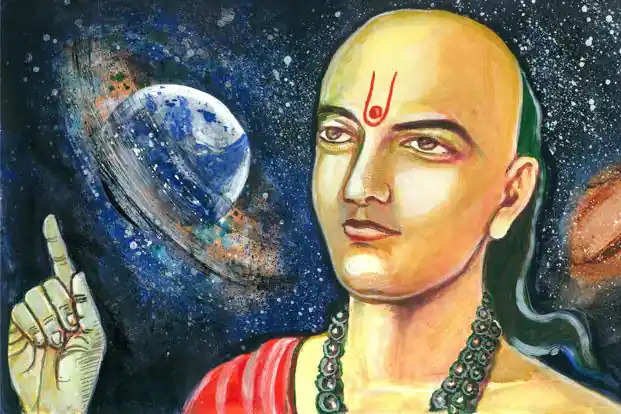 The polymath is a well-known Indian mathematician who has made significant contributions to the disciplines of geometry and number theory. His acknowledgment of zero as a number, which was a unique idea in pre-modern mathematics, was his most important contribution. He developed all the laws and customs governing the usage of zero as a number. His groundbreaking innovation gave rise to the number system used in mathematics today. He established Brahmagupta's theorem for cyclic quadrilaterals, a significant finding at the time.

The brilliant mathematician Ramanujan taught himself the subject after failing the English course in high school. His contributions to elliptic functions, continuous fractions, infinite series, and analytical theory of numbers are widely recognised. He received an invitation to England based on his collection of 120 theorems that he delivered to Cambridge. Because he didn't let his failure deter him and instead proceeded to teach himself mathematics, which he liked, he demonstrated a more crucial lesson: failure isn't permanent. He has served as an inspiration to several mathematicians not just in India but all throughout the world.

As an outstanding instructor with a wealth of information from ancient India, Aryabhatta is a name to keep in mind. Among the areas he was an expert in were physics, math, and astronomy. He composed the "Aryabhatiya," a thorough treatise that covered a variety of essential math topics, including trigonometry and algebra. He was the first to approximate pi's value and make a number of other mathematical inferences. As the creator of the Number system, his contribution to mathematics was unparalleled, and as a result, he is included among the top Indian mathematicians.

Ancient Indian mathematician Bhaskara is well-known today. Bhaskara was both a respected mathematician and astronomer. In both domains, he produced major findings. He studied the number system and came up with straightforward formulae for multiplying and squaring numbers in order to simplify life and make it more scientific. His contributions significantly influenced how the number system developed through time. The important work of Bhaskara, a creative at heart, is credited with helping to establish mathematics as a science in India.

The "Father of Indian Statistics," Prasanta Chandra Mahalanobis, is a very well Indian mathematician whose achievements to statistics are legendary. He is one of India's best mathematicians thanks to his contributions to statistics, which include the creation of the concepts of pilot and large-scale surveys. The second five-year plan, which put an emphasis on industrialisation, likewise adopted the Mahalanobis model. The Indian Institute of Statistical Science was founded by P.C. Mahalanobis, who is widely referred to as the "Father of Indian Statistics." In commemoration of his important achievements to Statistics as a significant discipline of mathematics.

Calyampudi Radhakrishna Rao is also another of the most well-known Indian mathematicians of all time. A living genius and one of India's most renowned mathematicians have made contributions to estimation theory, biometrics, statistical inference, and function equations. He was enthusiastic about statistical education and data analysis, and his mission was to make India a statistical powerhouse. He supported talented students in their pursuit of professions in statistics and continues to motivate them to venture into unexplored waters. Even at this young age, the future of statistics and its field dominate his existence.

India's best mathematician, Ashutosh Mukherjee, expanded the field of mathematics there. He learned about the abilities of people like S. Radhakrishan and C.V. Raman. He was a distinguished aristocrat and among the most well-known figures in Indian education. He wrote several academic publications in the areas of physics and mathematics. He supported mathematical study and was a member of several significant mathematical organisations in multiple nations. He made important advancements in the area of differential geometry. He was a mathematical genius on par with some of the most well-known people of his day.

Indian mathematician and statistician Raj Chandra Bose persisted in his devotion despite hardship. He earned his bachelor's and master's degrees despite having a very tight budget, and Mahalanobis then offered him to join ISI to perform statistical research and accept a part-time employment. The world has praised R.C. Bose's contributions to statistics and continues to do so.

The second most well-known Indian mathematician is K. R. Parthasarthy, a statistician, probabilist, and mathematician who gained fame in the disciplines of math and physics. He invented quantum stochastic calculus, a cutting-edge area of mathematics that integrates concepts from statistics and calculus. He spent his entire life performing various kinds of mathematical study while working in the area for many years. This individual had a "different sort of mind," as it is accurately termed.

For his ground-breaking work on the ideas of differential equations and fluid mechanics, this individual has won several honours and is well-known both inside the nation and outside. He has penned multiple books outlining his research, which combines mathematics and physics in an original and forward-thinking way. In analysing the characteristics of equations representing numerous physical processes and using them to create new physics principles, he was successful.