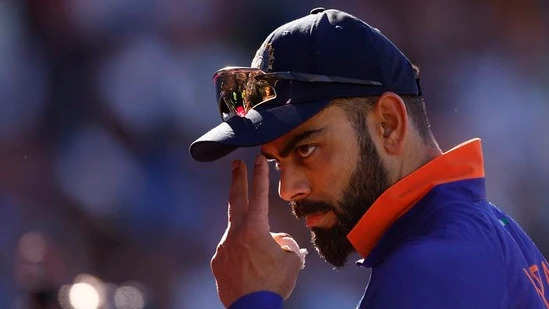 Twitter also provides a forum for people to express their views, regardless of how awkward it may be for others to hear them. For this reason, Twitter is still among the most widely used social media platforms. Despite the toxicity it has, it provides a useful setting for exercising one's right to free expression. The following is a list of the top ten Indians on Twitter.

In order to address a youthful, tech-savvy population, Modi joined Twitter in 2009. He has promoted himself and his party on social media extensively while running for office, and it goes without saying that this has been good for him.

Amitabh Bachchan has built a renowned career over many years and has appeared in hundreds of films, making him one of Bollywood's most bankable performers. Bachchan has amassed over 47.6 million followers on Twitter with a fan base that is not restricted to any one age group. One of the most popular Indians on Twitter overall, he is also the most followed Indian actor.

As more individuals (including myself) use Twitter to get their daily news, Twitter has developed into a useful medium for government agencies to use to communicate with the public. Daily updates on the different initiatives of the Modi administration are provided by PMO India.

It goes without saying that Virat Kohli has swarms and swarms of followers since he is the captain of the Indian National Cricket Team and one of the top-ranked batters in the world.

It would be an understatement to say that for Akshay Kumar's career, the 2010s were the decade. In the 1990s, Kumar gained notoriety as Bollywood's top action star. But at the turn of the century, his career stalled, and aside from a few sometimes excellent films, Kumar suffered a streak of duds at the box office in the 2000s. The actor, however, found the 2010s to be a lot more forgiving decade, delivering blockbuster after hit and finding great success with his social concerns films.

Salman Khan unquestionably has the most devoted following in Bollywood. Khan has amassed a devoted following over the years and created his own genre of masala films that are essentially an extension of his own projected personality.

Shah Rukh Khan, known as the "King of Bollywood," has had a long and successful career as one of the most well-liked performers in India. In fact, it would be rare to find an Indian who hasn't at some time in their lives had a little fascination with one of Shah Rukh's films.

Former Indian international cricketer Sachin Tendulkar, who is sometimes referred to as the "God of Cricket," had a spectacular career that lasted more than two decades. He is regarded as one of the best batsman to ever play in international cricket and he has a number of records to his credit.

Hrithik Roshan distinguishes himself from the Khans and Kapoors simply by refusing to specialise and having Greek God looks and lethal dancing moves. To the dismay of those who frequently view the world through nepotism-colored glasses, Roshan has throughout the years given several really applaud-worthy performances.

It would be a bit of an understatement to say that Deepika Padukone had one of the most successful Bollywood debuts in recent memory. Om Shanti Om, Deepika's debut Bollywood film, was also the highest-grossing film of 2007. Despite the ups and downs in her career, Deepika has consistently shown herself to be a skillful and gifted actor. She is the only Indian actress on this list.