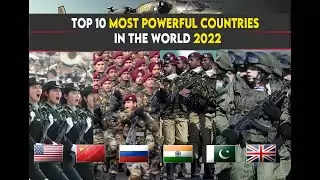 The USA is regarded as the most powerful economic and military nation in the world.

The world's oldest civilizations originated in China, which has been governed by the Communist Party since 1949.

The world's largest nation is Russia. The transcontinental nation that spans northern Asia and eastern Europe has the most international boundaries of any nation in the world with sixteen. It spans eleven different time zones.

Germany has one of the biggest economies in the world and is the most populated country in the EU.

One of the most industrialised countries in the world, the United Kingdom has a significant impact on global politics, economics, science, and culture.

Japan, which is made up of four major islands, is one of the most technologically and literately developed countries in the world.

France, one of the oldest nations in the world, is renowned for the variety of its cultures.

South Korea is renowned for having seen rapid economic growth. With North Korea, the East Asian country has one of the most strongly fortified frontiers in the world.

The Middle Eastern nation is well-known for both its oil and for having one of the biggest sand deserts in the world. On the list of the world's most powerful countries, the nation comes in at number nine.

On the southern tip of the Arabian Peninsula, the UAE is a confederation of seven emirates. Two of the Middle Eastern nation's emirates, Abu Dhabi and Dubai, are well-known to visitors.