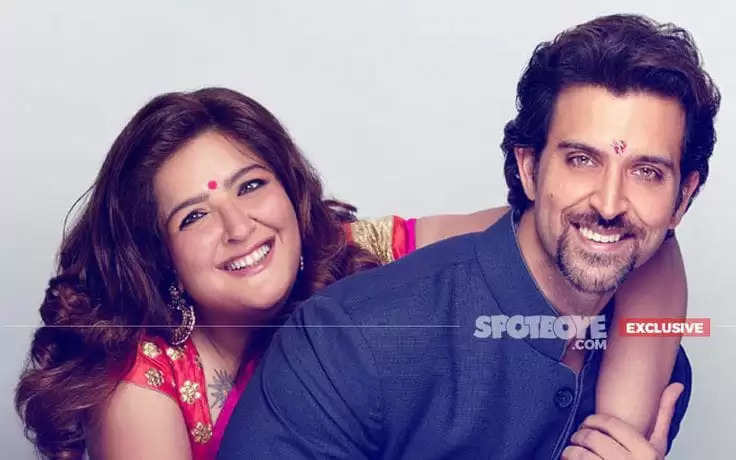 Bollywood is all about drama and controversies. Where Hrithik Roshan was already in controversy for the relationship with Kangana Ranaut, His sister Sunaina Roshan gave a new reason to make Hrithik top on the controversy list. Wanna know the reason? Then Scroll down!!

In 2019, Hrithik Roshan's sister spoke about her relationship with her dad. And also told so many hidden things in their family. She was also supporting Kangana Ranaut in her fight. Ina conversation with Pinkvilla, she had spoken about her relationship. Sunaina told that she was in love with a Muslim Guy, Ruhail. But her family didn't happy about her relationship. She also added that her father Rakesh Roshan slapped her and told her that the guy with whom she was dating, was a terrorist, which Ruhail wasn't. She met with Ruhail on Facebook and from there we started talking. Ruhail is a journalist called Ruhail Amin. She also added that she want them to accept Ruhail right at that time cause her family was making her life hell.

Sunaina further said that she asked for help from Kangana for justice and said in the support of Kangana that there cannot be any smoke without fire.