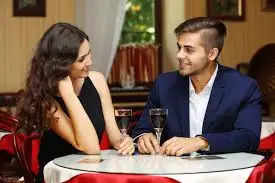 Are you fed up with all the most eligible bachelors turning you down? Do single men always end up preferring your friends over you? Do you end up always "settling"? Then this article is just for you!

We spoke to several men about their likes & dislikes when it comes to women in India.

We know this is a no-brainer & you are probably disappointed on reading this. But it can't be said enough - looks matter!  While women are is totally okay with dating men who are not great lookers, men will not get into a relationship or marry someone whom they don't find attractive. All you can expect is to be their secret hook-up - the ones who never get introduced to their friends or families, but are used to getting over their sexual pangs.

Do whatever it takes to stay fit & dress well. Take fashion tips from women who are widely considered to be good dressers in your gang.

Looking good will make more eligible men(including your crush) to be interested in you, instead of you having to literally shout from the rooftops about you being interested in someone.

If you don't believe us then play the 'hot or not' game with your guy friends. You will be amazed at how flexible men are when it comes to women. In our own experiences the best men tend to get into relationships with women who are largely deemed "not worthy" is because they took the initiative by either asking them out or by making their intentions clear.

Most men know the very instant they meet a woman whether they want to date her or not. If they do find you good-looking & think that you have a good personality, someone with whom they can speak for hours - they will date you. Conversely, if they find you unattractive or amiable - they will not date you. If they do, the relationship won't last too long, if after several dates he isn't showing interest & barely calls, then its better to cut your losses & move away from him. The least we would advise is to ask him point-blank if he is into you. If he's into you, you will know for sure.

4. Don't Make Fun Of Him In Public

While women love a man who can make them laugh, often at their expense, men hate to be teased especially in public. Making fun of their body issues or their looks is a big no-no.

Peer pressure works! If his friends think highly of you, chances are that he too may be swayed by their perception of you.

Be pally with his friends, but don't let them think that they have a shot at you.

All those adages about the way to their heart being through their tummies are passe'.

We hope these tips work. Next week we will tell you how to find out if he's into you.