10 Interesting Facts About Sushmita Sen On Her Birthday

Sushmita Sen is celebrating her 47th birthday, and on this day, let us look at some facts about the actress. 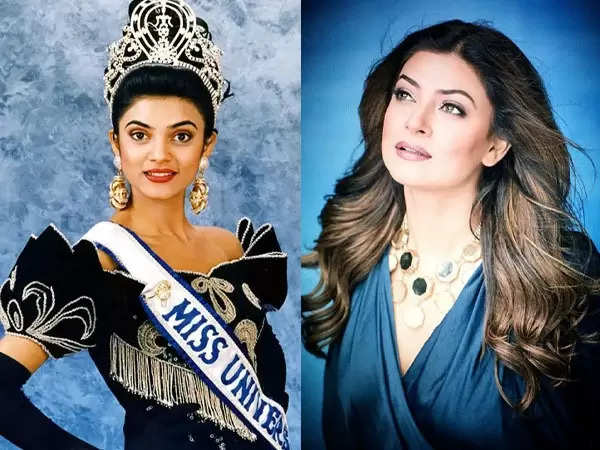 Sushmita Sen, one of the most notable Bollywood actresses to emerge in the 1990s, has made an indelible mark on the business with her remarkable performances throughout the years. She is more than just a pretty face on the screen; she is also a skilled artist who has wowed audiences with her great acting and seductive dance skills. Her legacy is not restricted to Bollywood films; she has also appeared in various Tamil and Bengali films that were warmly accepted by viewers.

Sushmita created a sensation when she was crowned 'Miss Universe' in 1994, being the first Indian to do so. All of that acclaim opened the door for a career as an actor in the Hindi film business. Sushmita made her Bollywood debut with the 1996 film Dastak and went on to act in other Bollywood films, winning a lot of accolades for her performances. Even after more than two decades in the spotlight, there are still a few aspects about the actor that are not well recognised. Let's take a look at 10 lesser-known facts about Sushmita as she celebrates her 47th birthday today.

1. The actress is lovingly known as 'Sush' by her admirers and the media. However, one of her less well-known nicknames is 'Titu.'

2. Forget about dogs and cats; Sushmita Sen once had a python as a pet!

3. The actress received four prizes for her role in Biwi No. 1 alone in the category of 'Best Supporting Actress.' This covers Filmfare, IIFA, Star Screen, and Zee Cine Awards.

4. Sushmita has also won a Filmfare award for best actress (female) in 2020 for her part in the OTT drama 'Aarya.'

5. Sushmita Sen is a world traveller. Surprisingly, she has travelled to every country on the South American continent.

6. For the final stage of the Miss India competition, Sushmita wore an outfit made by a local tailor rather than a        designer. The winning actress demonstrates that it is not about what you wear, but rather the confidence with which you carry it.

7. Winning the Miss Universe crown was a watershed point in Sushmita's career. However, it's possible that none of this would have happened if the actress' passport had not been found days before the incident. She couldn't find the paperwork, which was meant to be with one of the event planners. Sushmita was offered an alternate spot in Miss World, with the runner-up in Miss India (Aishwarya Rai) representing India in Miss Universe instead. Fortunately for Sushmita, everything was resolved in the nick of time.

8. Sushmita attended a Hindi-medium school. It was afterwards that the actress began focusing on her English and quickly became proficient.

Let us all wish Sushmita Sen a very happy birthday!