3rd Day Box Office Collection of Phone bhoot (Early Trends) Vs Mili, Double XL: A Race In Which Everyone Is Ordained To Lose!
By Jagriti Das Mon, 7 Nov 2022 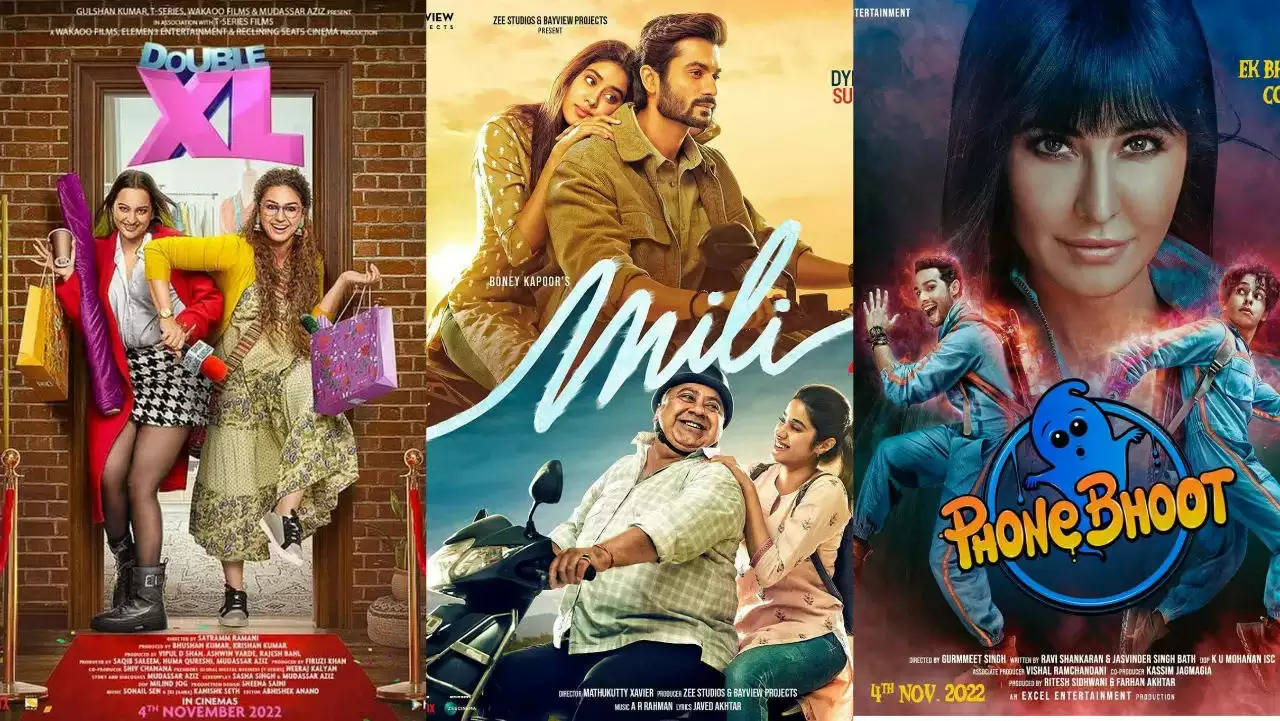 3rd Day Box Office collection of Phone Bhoot (Early Trends) Vs Mili, Double XL: The three films which skirmish at the box office seem to have an average run.

Phone Bhoot Box Office Day 3 (Early Trends) Vs Mili, Double XL: This Friday all the three film were released , which marked a clash with each other at the box office. Phone Bhoot starring Katrina Kaif, Ishaan Khatter and Siddhant Chaturvedi has been getting mixed reviews while Mili, headlined by Janhvi Kapoor and Sonakshi Sinha-Huma Qureshi starrer Double XL starrer received poor reviews from the audience and critics.

As of now Katrina Kaif-led seems to be having a better run compare to the two others at the box office while Sonakshi Sinha starrer is on the border of fading out.

As per the early trends flowing in only Phone Bhoot will have slightly better collections compare to the other two films. As per the latest media reports, the Katrina Kaif starrer has stamped around 3-3.50 core on its first Sunday, while Janhvi Kapoor starrer Mili has collected between 50 lakhs–75 lakhs on the 3rd day of its release. Talking about Sonakshi Sinha, Huma Qureshi, Zaheer Iqbal starrer looks mearly touching 50 lakhs even after the 3 days of its release.

On its 1st Saturday, Phone Bhoot took a jump of 35% in the collections as it collected 2.75 crore on Day 2 while it earned 2.05 crore on its opening day. Meanwhile, Mili and Double XL collections were only 40-50 lakhs and 10-15 lakhs respectively.

Before Phone Bhoot, Katrina Kaif was last seen in the film Sooryavanshi co-starring Akshay Kumar and Ranveer Singh and it did a great business at the box office.

Coming back to the point what are your thoughts on these film's box office collection? Which of the one do you think will lead over the weekend?

Note: Box office numbers are based on estimations and various sources.