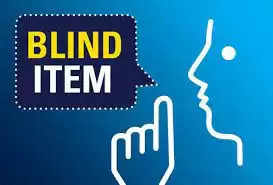 The actress has made a blockbuster debut few years back and after which she has always been in the limelight because of her movies and also for her dating life. The papparazzi always keeps an eye on her and never fails to capture her even on her work out sessions. It was rumoured that actress was dating her co star a long back in the movie which was declared a flop in the box office. The actor is also known as the chocolate boy of Bollywood and has a massive female fan following. Recently, his movie was a super duper blockbuster.

As per a source, a cricketer & a star kid Bollywood actress are the hottest new couple in town. Their pic together taken by a fan at an eatery in Dubai went viral in no time. Our source further informed us that they have been hooking up. The cricketer has been spotted while picking her up from the gym. It is not yet known whether they are serious or whether it is just a casual fling. The actress after all shares a close association with cricket & cricketers - it is literally in her blood. Everybody in her family except one of her parents has either played cricket or dated a cricketer! The cricketer in question was earlier dating the daughter of a mega celeb, but both seem to have moved on.