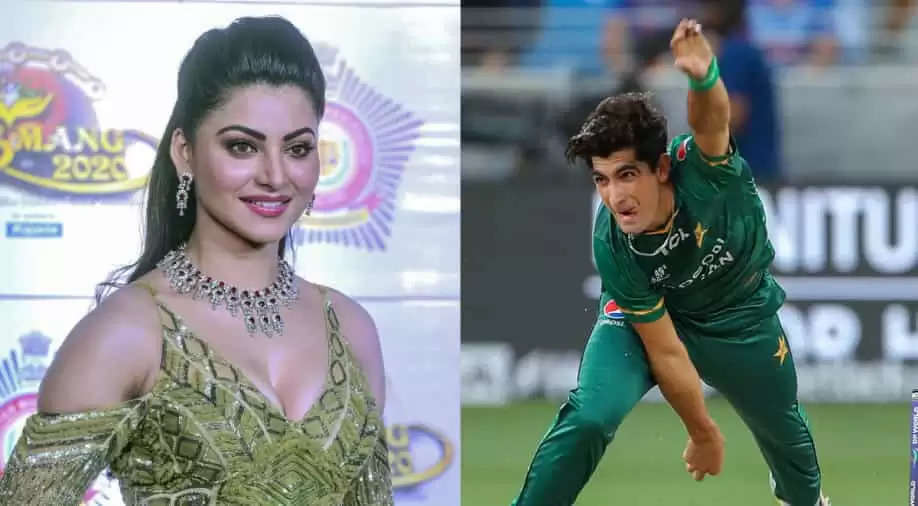 Bollywood actress Urvashi Rautela recently found herself at the receiving end of trolling after she shared a fan-made video featuring her and Pakistani bowler Naseem Shah, with a romantic music playing in the background. During his most recent media interaction, Naseem said that he doesn't even know who Urvashi Rautela is. As soon as she once again turn out to be the fodder to memes and jokes, Urvashi has now responded to Naseem's remark.

Taking to Instagram, Urvashi clarified that her team had shared almost around 11-12 fan made edits without any knowledge of other people being involved in it. She demanded the media to not create any sort of news out of it. She ended her note thanking her admirers with all the love, by adding a peace emoji.

When people asked Naseem about Urvashi's video, he gave a smile, followed by an unclear reply saying that he doesn't know who Urvashi is and why anyone would have made the video with her. He said that he is presently focused on playing cricket and would like to continue doing so.

Urvashi has been in the news ever since she claimed that Mr RP waited for her and dialed her number multiple times to meet her. She said that she was very busy shooting in Varanasi and couldn't check her phone only to find numerous missed calls from the said person.

After her statement, most famous Indian cricketer Rishabh Pant took to Instagram to take a jibe at Urvashi saying that it's funny how people lie in interviews just for some meagre popularity. After that Urvashi said that chotu bhaiya should play bat and ball instead of shifting his focus anywhere else.