Deepika Padukone surprised everyone when she played a friendly match with tennis legend Roger Federer
By Jagriti Das Sat, 17 Sep 2022 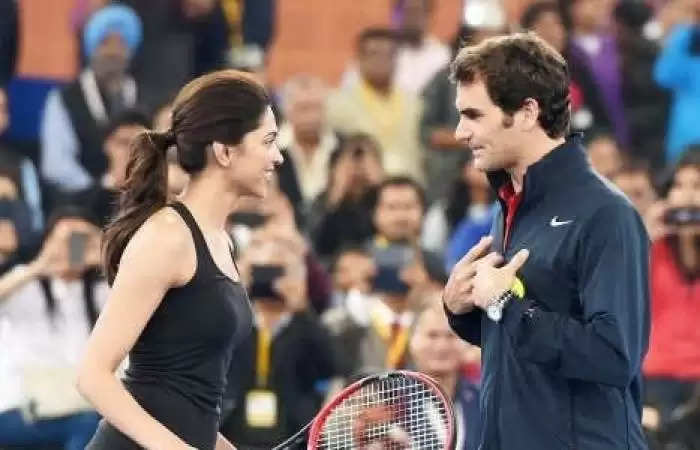 Deepika Padukone, one of the top actresses in Bollywood, made her screen debut in Om Shanti Om. Ex badminton player Prakash Padukone is father of this diva. You may be aware that the Piku actress was a national level badminton player before entering into Bollywood. It's worth mentioning that the actress used to play tennis with ace tennis player Roger Federer.

In Delhi, she had a friendly match with world champion Roger Federer. This occurred during the actress's presence at the International Premier Tennis League's opening ceremony. Tennis star Sania Mirza attended along with Akshay Kumar, Sunil Gavaskar, Reteish Deshmukh, and Novak Djokovic. Pictures of the actress playing tennis with Roger in 2014 have lately circulated on social media. Fans are remembering the historic event.

The actress is clothed in sportswear in the pictures. She is dressed in a black tank top and has teamed it up with black tights and sneakers. The  Tennis mates are smiling in the frame. The actress is seen engaging in a conversation with Roger as her hair is pulled back in a pony tail.

Sadly, Roger who is known to be the greatest tennis player has declared that he will be retiring after the Laver Cup in London.

Coming back to Deepika she will next be seen in the Hindi remake of The Intern, alongside Amitabh Bachchan. She is also working on Project K opposite Prabhas. Disha Patani is one of the film's stars. She will also be seen in Fighter with Hrithik Roshan and Anil Kapoor. Siddharth Anand is directing the film.