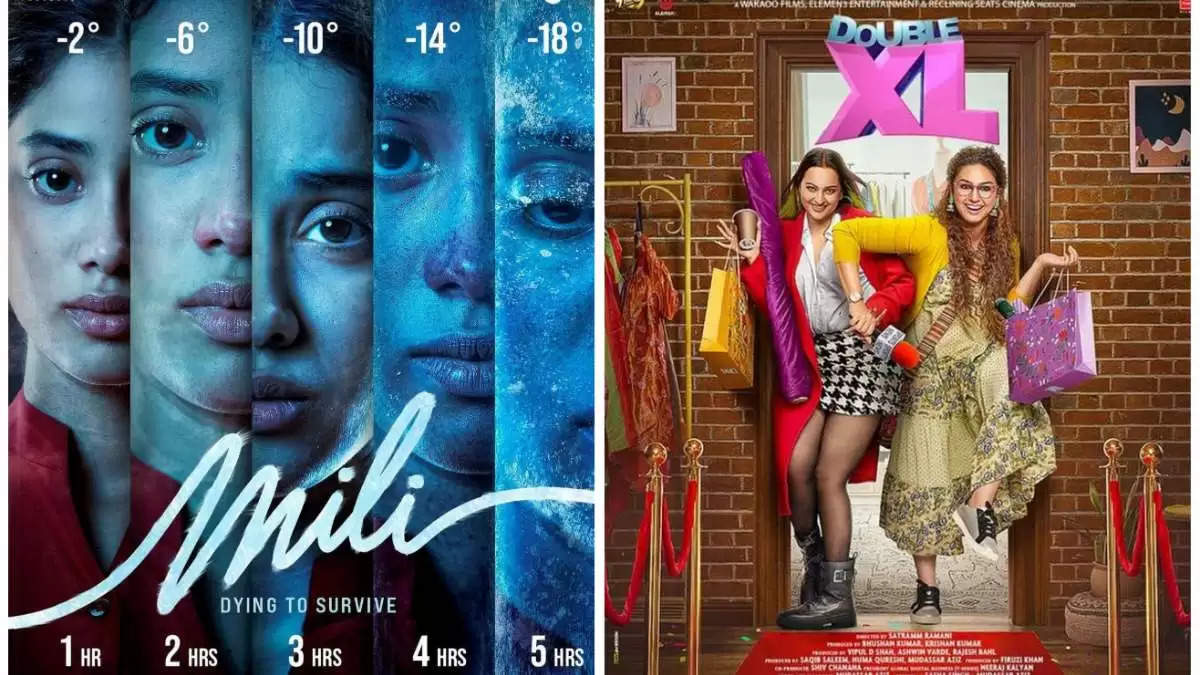 It has been yet another poor box office success for this week's releases. Apart from Phone Bhoot, which opened to weak numbers, Janhvi Kapoor's Mili and Sonakshi Sinha and Huma Qureshi's Double XL also fared poorly. Both of these movies were initially meant for direct-to-digital releases, but OTT platforms insist for a theatrical launch first for more exposure. A lot of moviesin the last few months have been forcefully released theatrically because to a lack of other options.

Janhvi Kapoor's Mili opened to about Rs. 45 to 65 lakh while Sonakshi Sinha and Huma Qureshi's Double XL earned Rs. 25 lakh on day 1. These numbers imply that less than 50 thousand people have gone to theatres to watch these movies, which is disturbing. The occupancy rates that these movies recorded were less than 10%, which basically sums up the present scenario. Not only Katrina Kaif led Phone Bhoot, but also the Diwali releases including the Hindi dubbed version of Kannada film Kantara,  are performing better than these movies.

Films that do not warrant a big-screen experience are failing at the box office. And if the film lacks face value, it will undoubtedly collapse. Mili and Double XL are just the most recent victims of it. Next week shall be another week where a Hollywood blockbuster dominates over Indian releases, with the much anticipated Marvel picture Black Panther: Wakanda Forever, is set to dominate the box office. The film's advances were open three weeks before its release, and the total is more than the opening day of both new releases.

You can watch both Sonakshi Sinha and Huma Qureshi's Double XL and Janhvi Kapoor's Mili at the theatres nearby.