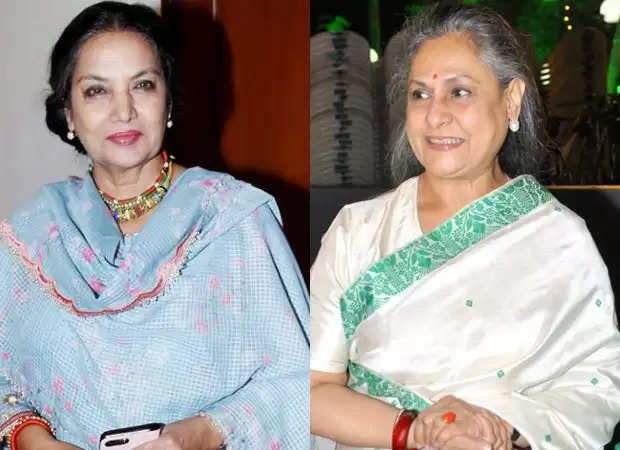 If it was not for Karan Johar, Shabana Azmi and Jaya Bachchan would never have become best friends. His ‘Rocky Aur Rani Ki Prem Kahani’ gave the two ladies a opportunity to bond like never before. Even after their work is completed, they continued to be close friends.

Shabana says it is really difficult to carry the bonding from the set to the outside. Most of the on-set friendships end on the set itself. It is not the same with Jaya. They hit it off right away when they met on Karan’s set. Karan makes everyone feel so comfortable and happy. The actors will obviously become friends.
Of course they had met socially on multiple occasions before filming for ‘Rocky Aur Rani Ki Prem Kahani’. The five-time National Award winner Shabana says that when they are on the set it’s a complete different experience. There is more focused discussion. She confesses that she is always a huge fan of Jaya. She can’t even remember the number of times she have seen ‘Abhimaan’.
Jaya and Shabana play warring characters who hate each other in Karan’s film . But once the camera was switched off they become best friends again. Shabana promises that she is going to make sure that it continues that way. She never knew Jaya has such a great sense of humour. Jaya had her in stitches. Jaya has also given me a gift which she shall cherish lifetime.
Incidentally, Farhan and Abhishek, Shabana and Jaya’s sons are childhood friends. Farhan had offered Abhishek one of the key roles of Sid, which was finally Saif Ali Khan played in ‘Dil Chahta Hai’.