Mithun Chakraborty Has A Adopted Daughter- Dishani With His Wife Yogeeta Bali, Here Is What We Know
By Nida Naaz Fri, 29 Jul 2022 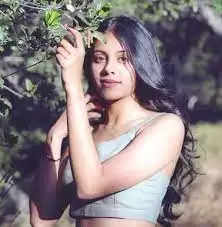 The grand master Mithun Chakraborty is not only a legendary actor but a big-hearted person. Very few do know that Dishani Chakraborty is the adopted daughter of Mithun Chakraborty and his second wife Yogeeta Bali. Some reports state that Mithun picked her (Dishani) from garbage as an infant after she was abandoned by her biological parents.

There are many reports saying that a kind-hearted man took off the kid home safely, and found it in the garbage. As soon as he found the baby, Mithun started making inquiries about the abandoned child and decided to adopt her and named her DIshani Chakraborty.

Whatever the story might be, at present Dishani is pursuing an acting course from the New York Film Academy and she has worked in some of the short films like Underpass and Subtle Asian dating with PBM prior to that.