PICS from Anant Ambani and Radhika Merchant's Roka ceremony have gone viral; 5 facts about the couple 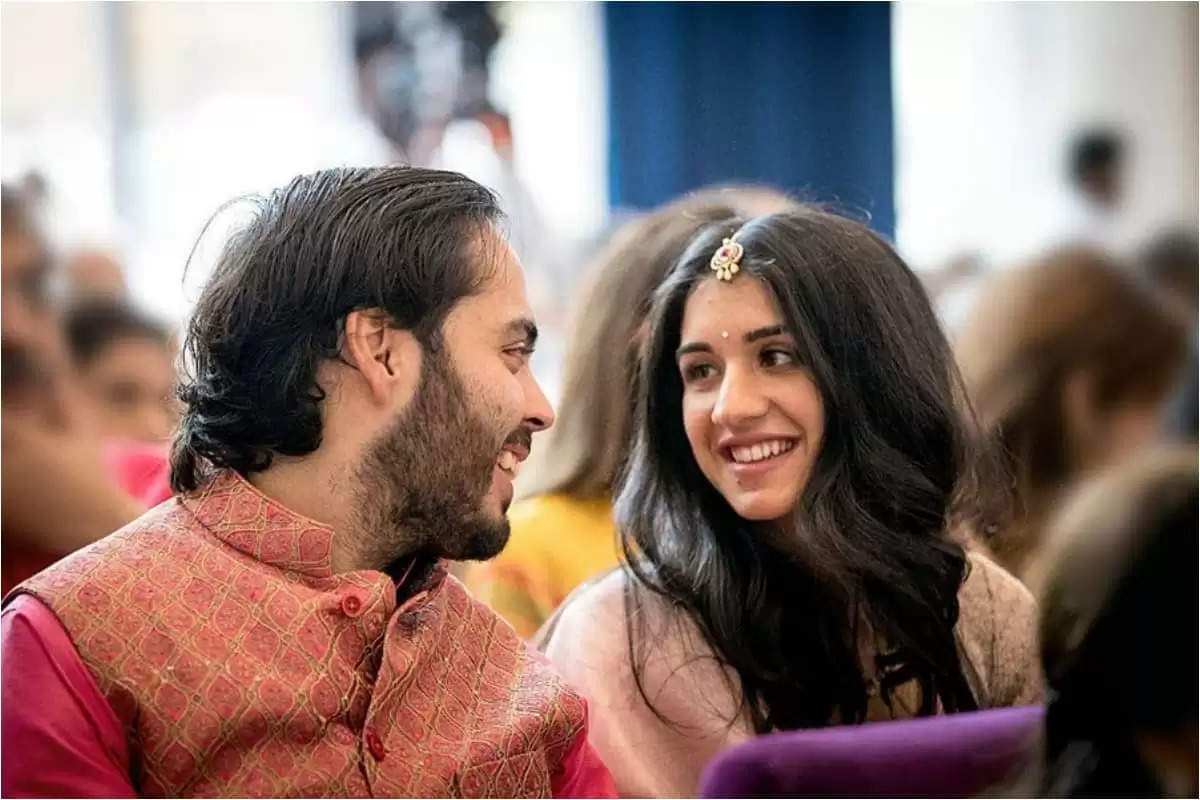 "Heartiest congratulations to dearest Anant and Radhika for their Roka ceremony at the Shrinathji temple in Nathdwara," Parimal Nathwani wrote alongside a photo of Anant Ambani and Radhika Merchant. May the blessings of Lord Shrinath ji be with you always. #AnantAmbani.” Anant Ambani's visit to Shrinathji Temple was documented by ANI. Meanwhile, a photo of Anant and Radhika from the roka ceremony is making the rounds on social media. Anant Ambani is dressed in a royal blue traditional kurta set, while Radhika is dressed in a pink suit. Meanwhile, here are 5 facts about the lovely couple you should know.

Heartiest congratulations to dearest Anant and Radhika for their Roka ceremony at the Shrinathji temple in Nathdwara. May Lord Shrinath ji’s blessings be with you always. #AnantAmbani pic.twitter.com/BmgKDFsPYh

Anant Ambani is the youngest son of Mukesh Ambani, chairman and managing director of Reliance Industries, and Nita Ambani. He completed his studies at Brown University in the United States and has worked in various capacities for Reliance Industries. He was named the head of RIL's energy business in August of this year. Radhika Merchant is the daughter of Viren Merchant, CEO of Encore Healthcare, and Shaila Merchant. Anjali Merchant is her younger sister. Radhika attended Cathedral and John Connon Schools in Mumbai, as well as École Mondiale World School. She graduated from New York University with a bachelor's degree in politics and economics. She is a member of the Encore Healthcare Board of Directors.

Anant Ambani and Radhika Merchant were childhood friends, according to media reports. Several reports surfaced in 2018 about Anant and Radhika getting engaged, but no one from the Ambani family confirmed the news. Anant and Radhika were married today in Rajasthan during a traditional Roka ceremony.

The viral photo of Anant Ambani and Radhika Merchant

An adorable photo of Anant Ambani and Radhika Merchant went viral on social media in 2018. They were photographed looking lovingly at each other while dressed in matching green loose robes.

Radhika Merchant, Anant Ambani's fiancée, has been studying Bharatnatyam for over eight years. She studied Bharatnatyam at Shree Nibha Arts under Guru Bhavana.

Mukesh and Nita Ambani hosted a grand Arangetram ceremony for Radhika at the Jio World Centre in Mumbai's Bandra Kurla Complex in June of this year. For the uninitiated, Arangetram represents the completion of the classical dancer's formal training and the first time the dancer performs on stage, showcasing their talent. The Arangetram ceremony was attended by many Bollywood celebrities, including Salman Khan, Aamir Khan, and Ranveer Singh.

Mukesh and Nita Ambani have three children: sons Akash and Anant, and a daughter Isha Ambani. The Ambanis live in Antilia, a private 27-story building in Mumbai that was reportedly the most expensive private residence in the world at the time it was built.

Mukesh and Nita Ambani's daughter Isha Ambani recently returned to India with her husband Anand Piramal for the first time since the birth of their children, son Krishna and daughter Aadiya. The couple was greeted warmly at their Mumbai home, Karuna Sindhu. The Ambani family was clearly overjoyed, and Nita Ambani was seen holding one of the babies. Anant Ambani, Mukesh Ambani and Akash Ambani were also in attendance. According to reports, priests from all over India have been summoned to organise a grand religious ceremony for Isha ambani and her family on December 25.