Pathaan vs. Adipurush VFX Chaos! Does It Even Matter For Shah Rukh Khan's Movie? Yes and No, and Here's Why!
By Jagriti Das Sun, 6 Nov 2022 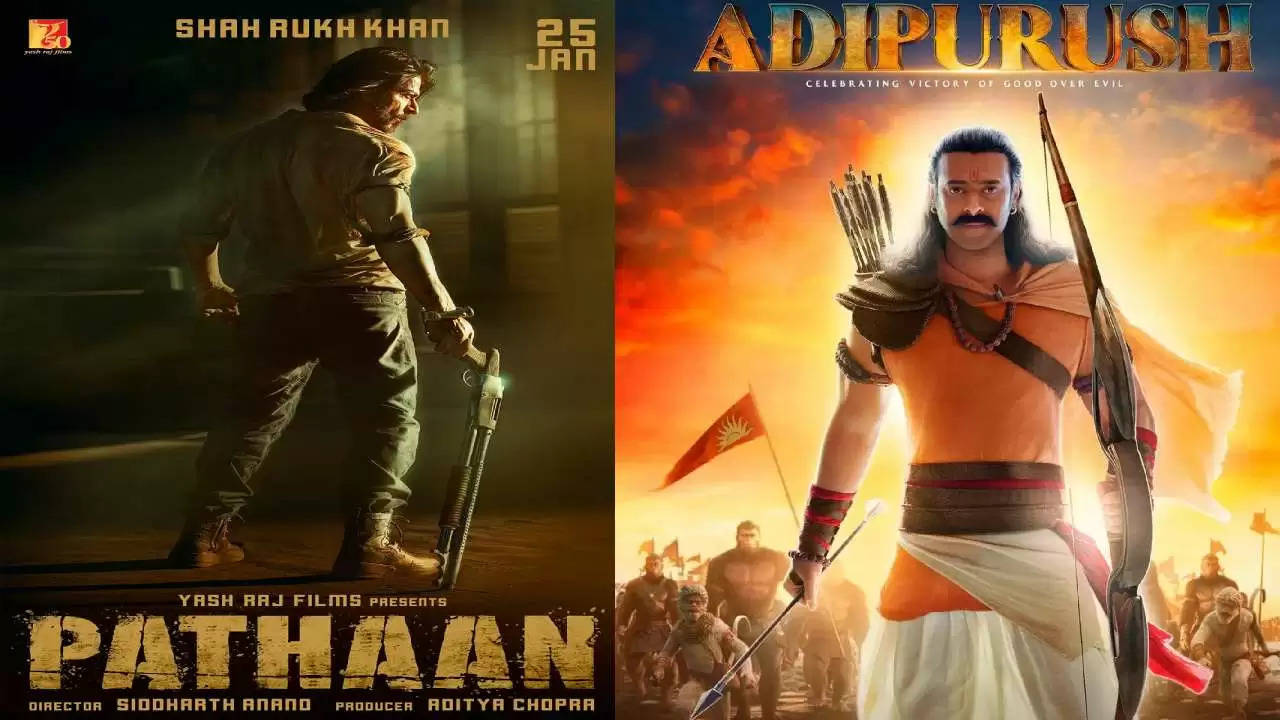 Since Adipurush made everyone unintentionally cringe over the graphics in its teaser, the VFX argument has picked up steam among several fan clubs, and one such controversy is raging around Shah Rukh Khan's Pathaan as well. During films like Tiger Zinda Hai, War people didn't commentn such quantity about the quality of visuals of those films.

Previously, the discussions & debates were about how beautiful a movie would look, but today we're talking about how the graphics make films appear. Prabhas' Adipurush may be a trendsetter for this, but every film from now on will be exposed to further scrutiny, adding an extra layer of criticism of 'VFX quality check.'

How is the Pathaan teaser so perfectly packaged? Did you note how the teaser's pace changes from 1x to 1.25x, especially in the action sequences? It's a 1.25-minute video having the equivalent of 30 seconds of material. The action sequences pick up the pace to give the impression that everything is lovely, which is great; many films do this to achieve visual appeal.

Because, once you go to see it in a theatre, you will anyway you won't be able to pause it and see the faults in its visual effects. As long as your eye takes to capture and understand the mistake, the scene will have progressed, offering your brain some more information that may be polished well.

Then, why can't we say the same thing about every other film? For example Prabhas’ Adipurush . After viewing Pathaan's teaser, check out Adipurush's teaser and notice how it does the exact opposite of Pathaan by making you feel like you're watching the video at 0.75x speed. Everything is really slow, which adds to the poor VFX job. It fails to create the illusion that Pathaan , thus everything  just in your face.

The slo-mo walk, the slo-mo flying on a dragon, everything in Adipurush's teaser is slo-mo (Slobby Monstrosity).

According to the trend, we can expect Shah Rukh Khan's Pathaan trailer to be treated the same way to its teaser by being so fast-paced that you won't notice the flaws (even if they are visible). What are your opinions?