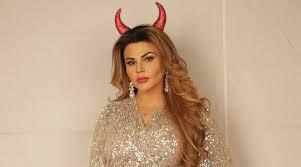 Rakhi Sawant is the most sensational movie actress. Have you wondered how much she actually earns at the age of 43 and what’s her net worth?

Rakhi Sawant frequently mentioned the number of flats she owns in the city and her income on the reality show. Rakhi Sawant's net worth is estimated to be between $1 million and $5 million, according to Daily Hunt. Aside from her acting and dancing projects, she has also invested in a variety of businesses that have proven to be profitable. She also has 37 crores in assets. Rakhi Sawant owns two apartments in Andheri and Juhu.

She also owns an 11-crore-worth bungalow in Mumbai. Rakhi Sawant has also invested in automobiles, owning a Ford Endeavor car worth 21.6 lakhs. Her earnings are primarily derived from stage performances and item numbers. She has invested in a few businesses in addition to real estate. Rakhi Sawant has appeared on several reality television shows.