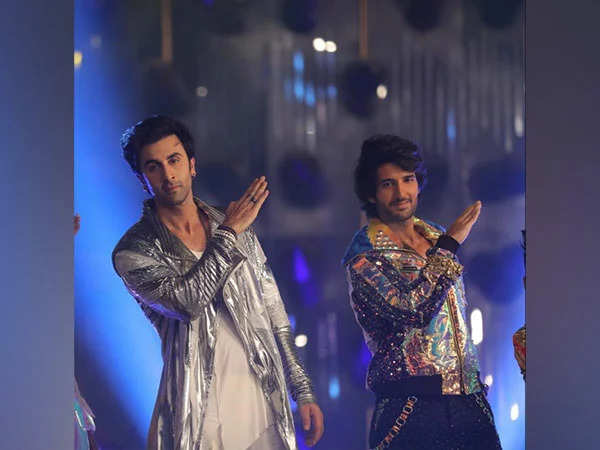 The creators of the movie Rocket Gang has dropped one of the year's most catchy songs 'Har Bachcha Hai Rocket'. Ever since release of the fascinating Rocket Gang teasers, trailers, and the posters, families have given it a thumbs up, as it looks like to be an all-out entertainer for the entire family, from your grandparents to your smallest niece/nephew! The uniqueness of this new song is that Aditya Seal, the lead in the film along with all the kids will share screen space with Ranbir Kapoor himself!

We've seen Ranbir and Aditya's off-screen chemistry because the two are  very often seen playing football together. This song proves that they create a make a powerful duo when they're together on the big-screen that is just as impactful as their off-screen one. The song features the two in full on dancing mode, as they were grooving to the beats with all of the children in tow. From high-octane movements to a foot-tapping rhythm and visuals to match, the song is an absolute treat owing to the screen presence of Ranbir, Aditya, and all the young artists too.

Speaking on the song ,Aditya Seal comments on the song, saying that the song is undoubtedly one of the film's highlights. It is strong and packed with full of energy! It was an absolute pleasure to collaborate with Ranbir on the same. The overall visualization has come out to be  fantastic, and he looks forward to see what everyone thinks