Shubman Gill and Sara Ali Khan were recently spotted together at a restaurant which sparkled some rumours about them dating. On Subhmans's birthday, his friend wished him on social media by secretly sharing Sara connection. 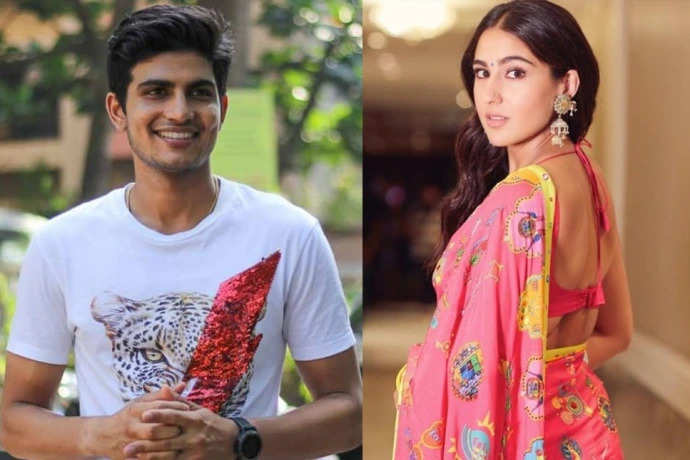 A few days ago, Shubman Gill and Sara Ali Khan were seen spotted together at a restaurant. As the cricketer recently has his birthday, his friend Khushpreet Singh Aulakh wished him in a humorous way which secretly had a Sara connect.

On  Instagram, Khushpreet shared a picture of him and Shubman and wrote, "Happiest birthday to My Main Man , The OG , Annoying and the google graduated baby But honestly My life would suck without you I hope God will bless you with more success, excuses , google knowledge and bhut SARA pyaar from everyone@shubmangill

People were very clever to make out that Khushpreet was playing a joke on Shubman by very intelligently including Sara's name in his post. Many netizens believed that it was a very well thought caption asking Sara to give him all the love. While on the other hand Shubman and Sara have not yet responded to any of these rumours, Khushpreet's post has only worked as fuel to these ongoing fiery rumours.

Sara Ali Khan and Shubman Gill's dating rumours had begin when Uzma Merchant a TikToker ,shared a video in which people can see that the two of them are sitting on the same table and are having a deep chat. Shubman was spotted in a white and green shirt and Sara was seen wearing a pink outfit.

On Koffee With Karan season 7, Karan Johar confirmed that Sara and Kartik Aryan were dating earlier when they were shooting for Love Aaj Kal 2. After the film did very bad at the box office, the two parted ways. However, they were recently spotted together at an event where they were seen having a good conversation. Shubman Gill was apparently dating Sara Tendulkar earlier, however, there was no official confirmation.