Tanking of Bollywood Movies : Boycott is NOT the Reason
By Mrigatrishna Kalita Sat, 3 Sep 2022 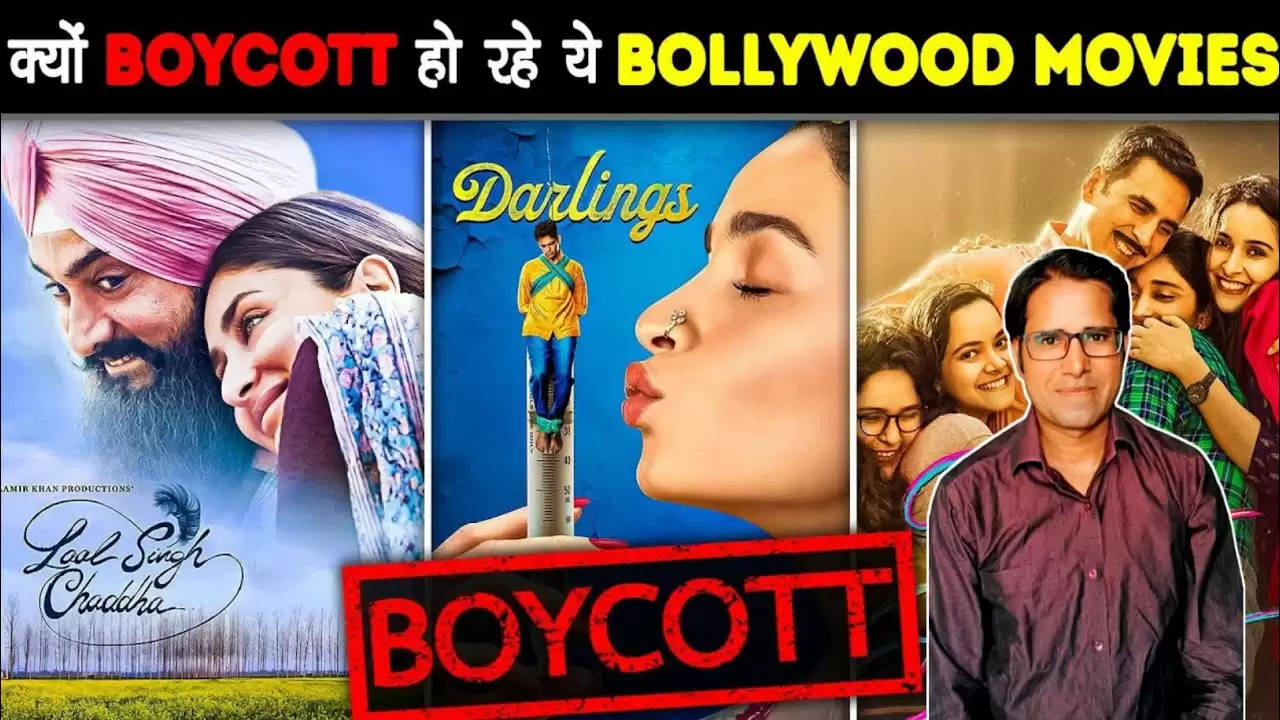 Our Bollywood Film industry has entrapped in all these boycott calls which they are geting from social media and digital world and sadly many people are actually believing that these are the reason why bollywood films are tanking. This is all fine as the industry is anyway  pretty ignorant about it but when it comes to big and respected production houses like Aamir Khan Production and seeing that they are apologizing on social media it becomes a little more important.

Laal Singh Chaddha doomed maybe due to the content of the film. The boycott of the movie may have pushed a few people away at first but if the public reports were good then nothing could have cease this film from winning the race at the box office but sadly the reports were not so good and that can be seen on the first day itself. It is more clear now as we can see that in the Punjab cities which were doing initially pretty well due to its local flavour of the film are now facing some issues is gaining peoples love for the film.

But seeing that now the production house is personally apologizing it just increase the fire and gives more strength to the people who are initializing these boycott trends as they start believing that they now have the power to flop films and they will go after more films with more ardour. The industry is going to have a huge release with Brahmastra coming this weekend so the timing of this apology is very bad and the boycott gang will now come out in full force against this film as they feel they achieve something last time with Laal Singh Chaddha.

This apology will barely shut any mouths and the only thing that can do it is by having more HIT films. This is the only way to shut mouths and we repeat the ONLY way. It’s a process and as films will start working and getting the love it’s deserve slowly these boycott gang will get smaller and smaller and will eventually became irrelevant. There is no other way than success and time to sort this out. So it’s basically to getting on with your work and hopefully good films will come. Let the films talk for itself. But a lot of industry people talk about boycotts these days with the media making them more stronger than before  and when you start blaming boycott for flopping of a film then you are just asking for it.

The big releases of September are Brahmastra and Vikram Vedha  and now they will to go through it and if the public loves the films then it will not make much difference but if the public does not it then you can’t accuse the boycotts on the consequences of the films.

The industry has to do a lot to make itself what is was before and this will going to take a very slow and long process. You are including OTT films but why not include dubbed films, give the awards to Pushpa and its hero as it is the best thing in 2021 so far. These awards are telecast on television and so many watch them and when you do the correct think it looks good as the public knows what is good and what is crap.

But it’s still about playing favourites so bad films and bad acting are getting the awards when outstanding works like Pushpa is being neglected. But if its released in Hindi it’s a Hindi film maybe not original but it is Hindi.