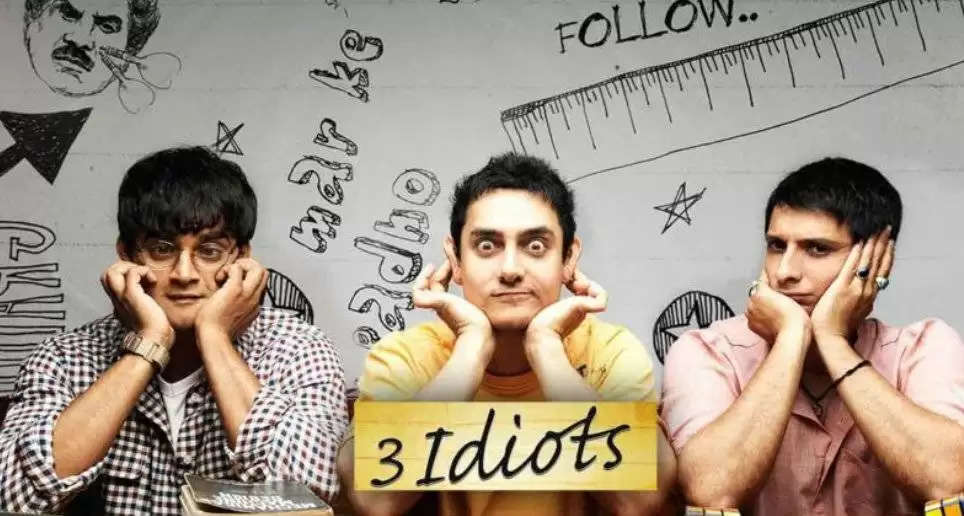 Bollywood is full of genres. But it would be shocking for you to hear that some of its movies are considered A-rated and here is the list of those movies.

Directed by Nitesh Tiwari, starring Aamir Khan, Sakshi Tanwar, and Fatima Sana Shaikh is a story about a former wrestler who decides to fulfill his dream of winning a gold medal for his country in the Commonwealth Games through her daughters and accomplishes it.

Directed by Rajkumar Hirani, and starring Aamir Khan, Sharman Joshi, and R. Madhavan is a story about three friends Raju, Farhan, and Rancho who bonds together in their college life. Years later, a bet gives Raju and Farhan a chance to look for Rancho whose existence seems rather elusive.

Directed by Vikas Bahl, and starring Kangana Ranaut, Rajkummar Rao is a story about a girl, Rani who is devastated after her fiance denies marrying her and she decides to go on their honeymoon alone where she discovers her real self.

Directed By Amole Gupte and Aamir Khan himself and starring Darsheel Safary, Aamir Khan, Tisca Chopra, and  Vipin Sharma is a story about a young boy, Ishaan who is criticized by his parents for his poor academic results and is sent away into a boarding school where Ram, his teacher discovers that he has dyslexia and helps him recover it.

Directed by Zoya Akhtar, and starring Hritik Roshan, Farhan Akhtar, Abhay Deol, and Katrina Kaif, is a story about three friends who plans a vacation in Spain. But the vacation turns into an opportunity to mend fences, love life, fall in love and combat their fears.

Directed by Ashutosh Gowariker, and starring Shahrukh Khan, Gayatri Joshi, and Kishori Ballal is a story about Mohan, an expatriate employed with NASA, who travels to his country and village to meet her granny and finds himself advocating for reform in a village.

Directed by Nishikant Kamat, and starring Ajay Devgn, Tabu, Shriya Saran, Ishita Dutta, and Mrunal Jadhav, is a story about Vijay’s family that is threats to ruin after the disappearance of the policewoman’s son where Vijay leaves no traces in order to shield his family.

Directed by Rakeysh Omprakash Mehra, and starring Farhan Akhtar, is a biopic of Milkha Singh, an Indian athlete, who overcomes many obstacles in order to become a world champion.

Directed by Anurag Kashyap and starring Kay Kay Menon, Aditya Srivastava, and Vijay Maurya is a story of after the 1993 Mumbai bomb blast that rip the Mumbaikars rip apart and police launches a massive drive to catch the perpetrator.

Directed by Shimit Amin, and starring Shahrukh Khan, and Vidya Malvade, Chitrashi Rawat is a story of a former Hockey star, Kabir who is taunted as someone who betrayed his country. However, he begins coaching India’s national hockey team to prove his loyalty.