Top 10 Beautiful Bollywood Actress Who failed To Make It Big
By Nida Naaz Fri, 13 May 2022 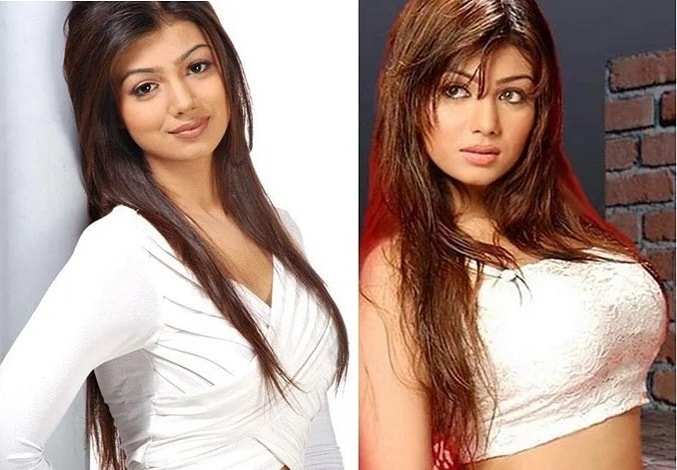 Bollywood has some best beauty examples with perfect acting skills. However, not all satisfy the criteria. There are a number of actresses who failed to establish a successful career in the industry. Here is the list of all those actresses:

She is the granddaughter of the popular Bengali and Bollywood actress Suchitra Sen but has failed to inherit the acting skills her grandmother possessed. She also worked on several videos too. She made her debut with Style in 2001.  She has also played many small roles in a number of Bollywood movies but none could get the desired fame to her.

She is the youngest daughter of Sharmila Tagore and sister of Saif Ali Khan. She worked in many movies like Dil Mange More opposite Shahid Kapoor, Rang De Basanti, Tum Mile, etc. but couldn’t manage to impress the audience through her acting in Bollywood. Although she has been a part of pretty good movies, she failed miserably.

Celina was crowned with the title Miss India in 2001 and was the fourth runner-up at the Miss Universe Pageant in the same year. But her acting career wasn’t so successful. She acted in movies like No Entry, Tom Dick and Harry, Golmaal Returns, etc. although of her beauty and looks, she failed to impress the audience.

She made her debut with the movie Tarzan: The Wonder Car against Vatsal Seth. She won many awards for her acting and worked against many top actors and gave blockbusters but despite all this, she couldn’t last long in the industry.

She is among the most beautiful actresses in Bollywood. She debuted her career with the movie Kaho Naa Pyaar Hai opposite Hritik Roshan and spread her charm among the audience. Her role in Gadar: Ek Prem Katha, a cross-border romantic movie opposite Sunny Deol was critically acclaimed. In spite of giving so many hits in Bollywood, she couldn’t make her long-term success.

She is admired for her jolly nature but failed badly when it came to her acting skills. She started her acting journey with Tujhe Meri Kasam opposite Riteish Deshmukh and the couple married each other in 2012. She has made a series of appearances in Telugu Films which fetched her more recognition than her work in Bollywood.

Daughter of famous Indianmaker, Mahesh Bhatt, is a former Indian actress who started her career journey with her first leading role in Mahesh Bhatt's television film Daddy in 1989. She did some excellent work in well-known movies including Sadak, Junoon, Tadipaar, Jaanam, etc. but in spite of that couldn’t make a place in the hearts of the audience and failed.