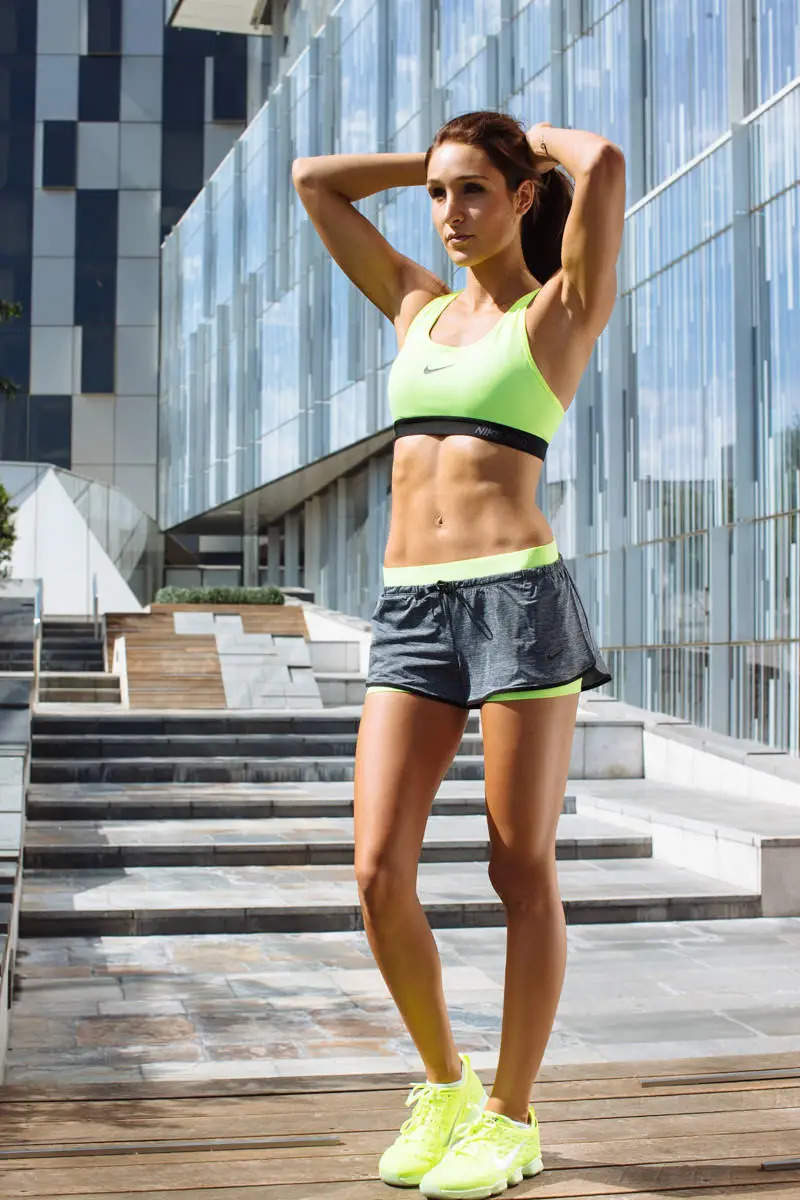 Here is the list of Top 10 beautiful women fitness models:

1. Kayla Itsines
Kayla is 28-year-old fitness model and along with it she is also an author and entrepreneur who established the Bikini Body Guides workout ebook series (BBG). Sweat with Kayla, the most popular fitness app of 2016, was also created by her.

2. Sommer Ray
Sommer Ray is known for her seductive photoshoots, fit body, and healthy lifestyle along with it the fitness model is also a businesswoman and has just launched her brand 'IMARA’S BEAUTY'. She also has her own clothing line, Sommer Ray Collection, which is becoming increasingly popular.

3.Michelle Lewin
When it comes to sculpting a jaw-dropping physique, Michelle clearly knows what she’s doing. She’s now one of the most famous faces in the fitness industry, having graced the covers of Sports & Fitness, Her Muscle & Fitness, and Iron Man, among others.

4. Jen Selter
Jen Selter is one of the top female fitness model in the world she is just of 26 but has gained a lot of reputation in this small age and has paved her way to success. She is the one considered to popularize belfie or 'butt selfie'.

5. Paige Hathaway
Paige is a well known fitness model around the globe. She became successful in her career as a fitness model, competing in bikini competitions, appearing in magazines, and earning seven figures per year, making her one of the highest-paid fitness models in the world.

7. Eva Andressa
Eva Andressa is a fitness model who has got to this level after a lots of hard work and she clearly works her tail off to maintain that physique. She has won a lot of achievements  and rose to prominence after participating in the celebrity TV show Programa do Jo in Brazil.

8. Katya Elise Henry
Katya is a world class fitness models and along with it she’s also a WBFF Pro, a trainer, and who has inspired and transformed many individuals all over the world.

9. Karina Elle
Karina Elle is a young fitness model who has gained success at a very small age in her 20's. She won the World Fitness Federation Pro Bikini Championship as an athlete and bikini competitor and is widely popular among the people.

10. Bru Luccas
She is a social media star and fitness model and is well-known for her social media uploads of steamy photos and exercise videos. She is widely popular among the people and is a well known fitness trainer as well.