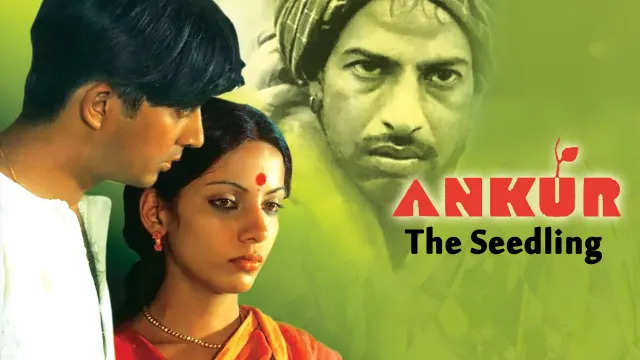 We may call the movies of the 90s as backward but they were quite forwarded than their own time. They were way more modern than they were expected to be. Let’s discuss those movies in this article:

Ankur is a Hindi word that means “seedlings”. The movie portrays the interrelationship between the villagers and how they end up in coercion.

This movie was a renowned movie of its time and revolves around the life and tribulations of a fictional Goan Christian family called “Souza Soares’.

The movie was a satire on the oppressed and the politics that happens among the sex workers. It gives an insight into the lives involved in prostitution.

This movie is one of the most famous and modern movies of its time. It is focused on the two lovers who broke off crossed paths in an unexpected place and discusses their past lives.

It is a movie based on the life of the famous director, Mahesh Bhatt directed by Mahesh Bhatt himself. The film focused on the subject of the extramarital affairs that existed even at that point in time.

It is a major award-winning movie of that time. The story of the movie focuses on the sexual exploitation of women in the rural area and how their life is destroyed just because of mere fear.

It is a movie made about a timid young man who falls in love with a girl but is too afraid to share his feelings with her. However, things turn different when another man attempts to woo her.

You might find this an odd name but this movie did complete justice to the genre. The movie questions fidelity, the physical aspects of the relationship between lovers, and more.

It was a big flop at that time, but with time, today it is regarded as one of the greatest films of Bollywood. It was about a boy named Raju who fell in love with three different women at various stages of life.

It is about the true emotions of a Human Being which are not under control. It is more like a poem showing different stages of life.