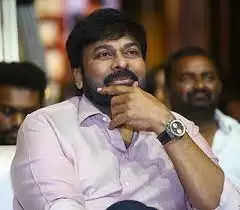 Chiranjeevi is a megastar, as he is popularly known, and is one of the most well-known figures in the Indian film industry. Some top movies in which he has acted are listed below:

Rudra Veena focuses on the ideological clashes between renowned carnatic musician 'Bilahari Ganapathi Sastry and his younger son Suryanarayana "Suryam" Sastry. Suryam, Sastry's son, criticizes his father's discrimination against people of lower castes. Suryam believes in the welfare of society and later walks out for good. The events that led to Sastry's change of heart comprise the remainder of the story.

The movie was a huge commercial success. The film ended up becoming the highest-grossing Telugu film in history at the time, grossing more than 40 crores on a budget of 10 crores. This film was dubbed and released as Indhiran in Tamil and Indra: The Tiger in Hindi.  Indra Ek Sher was later dubbed into Bhojpuri. Indra was remade as Dada (2005) in Indian Bengali and Goriber Dada in Bangladeshi Bengali (2006).

It is a remake of the 2002 Tamil film Ramana. Mani Sharma composed the music for the film, and Chota K. Naidu shot the footage. Along with Pokiri, it was shown at the International Indian Film Academy Awards. Fourteen years later, it was dubbed in Hindi as Gabbar Sher 2. The film is about a common man who decides to eliminate corruption at all levels of society.

C. Aswani Dutt's Vyjayanthi Movies banner produces the film. The plot revolves around a man who discovers a ring that bestows great power on the bearer, but the goddess who lost the ring seeks it back in order to return to her world.

The film delves into the concepts of anti-social behavior exploitation of law enforcement and the impact of mob psychology. The film opened to rave reviews from critics and was a commercial success at the box office.

Khaidi was the film that heralded Chiranjeevi's arrival as a major player. In fact, the film, directed by Kodandarami Reddy, gave Chiranjeevi his first blockbuster. Khaidi portrayed him as a man seeking vengeance for his father's death. At the box office, the film was a smash hit.

An unemployed young man promises a wealthy man that he will earn 50 lakhs in five years. This captivating storyline by Yendamoori Veerendranath wowed everyone, and the film was a huge success. Chiranjeevi played the role with ease and received numerous accolades.

Swayam Krushi assisted Chiranjeevi in winning numerous awards. The film was well received by both the public and the critics. Swayam Krushi, directed by K.Viswanath, became a blockbuster and celebrated 100 days in many centres.