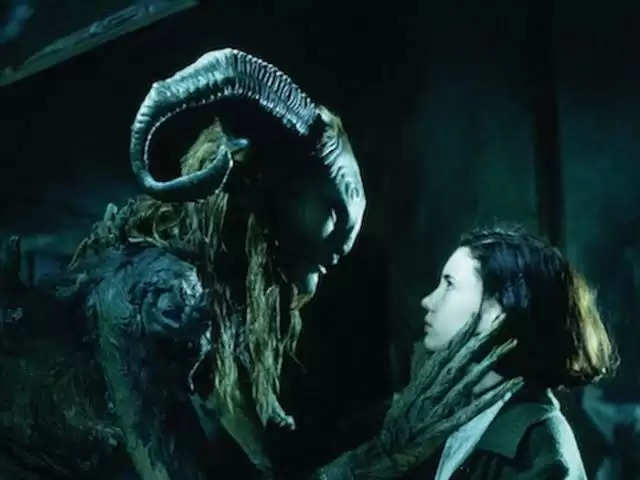 Spanning a number of sub-genres, from Ghost to Nightmare Before Christmas, here are some of the best fantasy movies of the 90s.

Matilda is a 1996 fantasy comedy movie directed by Danny DeVito, who also plays the role of Matilda's father. The film is actually based on the novel by Roald Dahl of the same name. The movie tells the story of Matilda, played by Mara Wilson, who develops certain psychic abilities that allow her to influence the world around her with just her mind. Matilda uses her abilities to deal with her family, who doesn’t care about her all that much, and the principal of her school, Miss Trunchbull (Pam Ferris). The movie also stars Embeth Davidtz as Matilda’s teacher Miss Honey who ends up caring for Matilda. The movie’s very unique childlike quality and treatment of serious topics lend themselves to an amazing story about how to stand up to the bullies of the world.

The Green Mile is a 1999 fantasy drama movie based on Stephen King's 1996 novel of the same name. The movie, set during the Great Depression, stars Tom Hanks as Paul Edgecomb, a Warden Supervisor who works on death row in a prison. Paul witnesses some supernatural events after a new convict named John Coffey (Michael Clarke Duncan) arrives at the facility. The movie's emotional ending and themes of morals, humility, and the truth are something to behold always.

Jumanji is a 1995 fantasy adventure movie based on a picture book by Chris Van Allsburg of the same name. The film tells the story of a boy named Alan Parrish, who gets trapped in a supernatural board game in 1969 whilst playing with his friend. Many years after, siblings named Judy and Peter, played by Kirsten Dunst and Bradley Pierce, find the game and start playing. They release an adult Alan, played by Robin Williams, and an adult Sarah, played by Bonnie Hunt, who must then still continue playing the game to reverse all the chaos that has been done because of it. Jumanji has since had various sequels and become a franchise in its own right.

4. The Nightmare Before Christmas

The Nightmare Before Christmas is a 1993 stop-motion animated dark fantasy musical produced and it was  created by Tim Burton. The story is basically about Jack Skellington (Chris Sarandon), the King of Halloween Town, who accidentally stumbles into Christmas Town and becomes obsessed with the new holiday. The very talented voice cast also includes Catherine O'Hara, William Hickey, Ken Page, Paul Reubens, Glenn Shadix, and Ed Ivory. Ever since its initial release, the movie has garnered a huge cult following, even earning a 91% audience rating from Rotten Tomatoes.

Ghost is an iconic romantic fantasy movie released in 1990. It tells the story of a man named Sam (Patrick Swayze), who is murdered and sticks around as a ghost to save his wife named Molly (Demi Moore) from the person who killed him by using a psychic named Oda Mae Brown (Whoopi Goldberg) as a go-between. Ghost bagged five nominations at the 63rd Academy Awards, with Goldberg winning for Best Supporting Actress.

The Borrowers is a 1997 fantasy comedy movie that tells the story of Pete Lender (Bradley Pierce), who thinks the household things that go missing in his home are stolen. Pete slowly learns that people are secretly living in a clock in the house and taking the items. The movie also stars John Goodman, Jim Broadbent, Mark Williams, Celia Imrie, Hugh Laurie, Ruby Wax, Flora Newbigin, Tom Felton, and Raymond Pickard. The Borrowers is an excellent story of why we should care about everyone, even the little guys.

Mortal Kombat is a 1995 fantasy martial arts movie which is based on the video game franchise of the same name. The movie shows a group of heroes (played by Linden Ashby, Cary-Hiroyuki Tagawa, Robin Shou, Bridgette Wilson, Talisa Soto, and Christopher Lambert) who are giving a try to participate in a tournament to save the Earth from evil forces. The movie received mixed reviews, but spawned four sequels. The series was rebooted with a 2021 movie, also known as Mortal Kombat.

Dragonheart is a 1996 fantasy adventure movie directed by Rob Cohen that was nominated for the Academy Award for Best Visual Effects in two subsequent years 1996 and 1997. The movie tells the story of a dragonslayer named Bowen (Dennis Quaid) who teams up with the last remaining Dragon named Draco (Sean Connery) to go up against a dictatorial king named Einon (David Thewlis) who shares a part of his heart with Draco.

9. Beauty and the Beast

Beauty and the Beast has become a classic animated feature movie from Walt Disney Animation. The 1991 movie is based on the fairy tale of the same name written by Jeanne-Marie Leprince de Beaumont. Beauty and the Beast tells us the story of Belle (Paige O’Hara), a young woman who is imprisoned by a Beast (Robbie Benson,) who is in reality a Prince cursed to stay a Beast until he finds his true love. Beauty and the Beast was so successful, a live-action version was again released in 2017 and is currently also available on Disney+.

Hook is a 1991 fantasy adventure movie directed by Steven Spielberg. The movie continues the story that started in author J.M. Barrie’s novel, Peter and Wendy, and focuses on what happened when Peter grew up and doesn’t remember his childhood adventures. This movie consists of the classic characters of Peter Pan (played by Robin Williams), Captain Hook (Dustin Hoffman), Tinker Bell (Julia Roberts), Mr. Smee (Bob Hoskins) and the character of Granny Wendy (played by Maggie Smith). Hook received around five nominations at the 64th Academy Awards.After its release, it has gained a very strong cult following, including the release of merchandise, video games, action figures, as well as comic books.