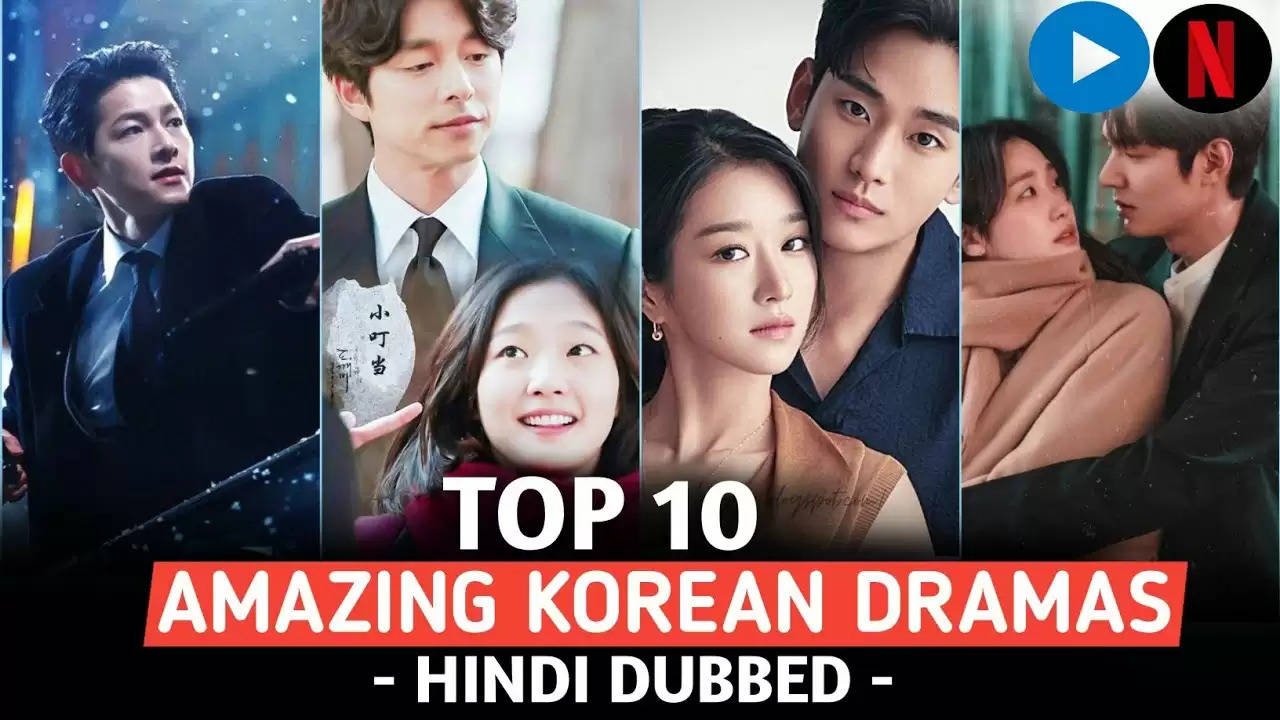 In India, a completely new market has emerged thanks to the rising popularity of Korean television drama. The trend is so pervasive that watching these shows doesn't even require English subtitles. Netflix now offers Hindi-dubbed versions of popular Korean shows. We've produced a list of the top 10 Korean dramas available on Netflix with Hindi dubbing.

1. Crash Landing On You

One of the Korean dramas available on Netflix with Hindi dubbing is Crash Landing on You. The story centres on a wealthy South Korean businesswoman and chaebol heiress who crashes while paragliding in Seoul, South Korea, and ends up in the North Korean sector of the demilitarised zone (DMZ), where she meets a Korean People's Army army commander who chooses to assist her in escaping. It ranks third among all South Korean TV dramas ever shown on cable.

A modern-day ruler from another planet is the subject of this Netflix Korean drama with Hindi dubbing. In the story the man passes through the enchanted door and enters a parallel universe. He meets a tough cop in the new realm, and the two go on a thrilling love quest to seal the gateway that the demons have opened.

South Korean love drama series It's Okay to Not Be Okay The series has an asocial children's book author and a selfless psych unit caregiver as its leads. In total, 16 episodes of the series were released on Netflix and tvN.

Based on a webtoon of the same name, it is the first television series created by the movie distribution business Showbox. From January 31 to March 21, 2020, it broadcast on JTBC in Korea. It is currently accessible to viewers worldwide on Netflix. The programme received the Best Drama Series honour at the 25th Asian Television Awards.

A fight between "two worlds"—the actual world and an alternative reality contained within a webtoon, from which the tv series' title was derived—is the subject of W, another of the Korean dramas on Netflix with Hindi dubbing. The show's original idea won accolades, and it debuted week one at the top of the Content Power Index.

A South Korean surviving drama series produced exclusively for Netflix by Hwang Dong-hyuk is called Squid Game. In order to compete for a reward, 456 heavily indebted contestants put their lives at risk by playing a series of dangerous kid-friendly activities, according to the show's central plot. The name of the series is derived from a similar-titled Korean children's game. Having exceeded the top rank in 94 countries, it is Netflix's most viewed series.

Yeon Sang-ho is the director of the South Korean dark fantasy streaming television series Hellbound, which is adapted on his own webtoon of the same name. The mysterious creatures who arrive out of nowhere to send humans to Hell are the subject of an original Netflix production series.

The plot centres on a lady who, in order to get revenge on her father's killer, joins a gang before disguising herself as a police officer. On October 15, 2021, Netflix made it available.

Cha Hyun-soo relocates from his home and into a flat following a family tragedy. Monsters soon make an attempt to wipe off humans. Regardless of the fact that monsters wait outside, the residents of the apartment are confined within the building. Hyun-Su and the other occupants seek refuge within the structure in an effort to live as long as they can.

It is based on Chon Kye-Daum Young's webtoon of the same name and depicts the lives of a high school student in a society that is heavily affected by a mobile app that may alert users when someone nearby has love affections for them. One of the first Korean dramas on Netflix with a Hindi dub to be verified as an original by Netflix is Love Alarm. The show was listed as the sixth-most-watched K-dramas on the platform globally in 2021.