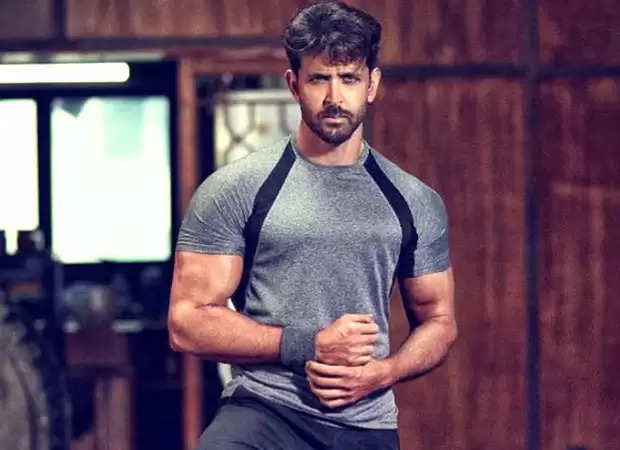 Millions of viewers in India and abroad adore Hrithik Roshan, also referred to as the Greek God of Hollywood. He is an excellent actor who has made a name for himself in Bollywood films thanks to his intense performance and herculean appearance.

Here is a list of his top Bollywood movies ever till 2023.

The ultimate family (Melo)drama from Bollywood for the twenty-first century, directed by none other than Karan Johar. Many people would argue that Hrithik's role was merely that of a supporting character, but working alongside established actors like SRK and Mr. Bacchan is never simple. Unsurprisingly, Mr. Roshan held his own in this family comedy and gave a performance that was both heartfelt and humorous when the scenes called for it and always gorgeous.

Hrithik Roshan and Ameesha Patel make their acting debuts in Kaho Naa... Pyaar Hai, the father's son. Hrithik played the dual roles of Rohit and Raj in the movie. In 2000, Kaho Naa... Pyaar Hai was the most popular Bollywood movie. The most awards won by a Bollywood movie were later entered into the Limca Book of Records. Rakesh Roshan received his very first Filmfare Award, which he won in both the producer and director categories. Hrithik, whose acting was praised, is the only actor to have won both the Filmfare Award for Best Debut and the Filmfare Award for Best Actor for the same movie.

This is an epic love story between Rajput princess Jodhaa and Mughal Emperor of Hindustan Jalaluddin Mohammad Akbar, set in 16th-century India. Akbar agrees to a marriage of alliance with the young and feisty Jodhaa in order to expand his empire, but he quickly learns that he must defend his choice of bride as his courtiers express their displeasure at the idea of their Muslim Emperor marrying a Hindu.

Three Indian police officers, Sonali Bose (Bipasha Basu), Ali Bose (Abhishek Bachchan), and Jai Dixit (Abhishek Bachchan), work together in Mumbai to capture the crafty criminal Aryan (Hrithik Roshan). They are unaware of how difficult their task will be because Aryan has teamed up with Sunehri, a gorgeous thief (Aishwarya Rai).

It is the sequel to Koi... Mil Gaya and the second instalment in the Krrish series. It tells the tale of Krishna, the protagonists' son who gains access to his father's superhuman abilities. He follows Priya to Singapore after falling in love with her and adopts the alias "Krrish" to conceal his identity while rescuing kids from a burning circus. He is viewed as a superhero from that point on and must later thwart the schemes of the villainous Dr. Siddhant. With visual effects on par with those from Hollywood, Krrish was intended to be a movie of global significance and a trend-setter in Indian cinema.

The journey of an actor who travels to Mumbai in hopes of becoming a movie star is the subject of the movie. The story is about how he ends up riding his fortune to become one while struggling to maintain his relationships. Despite receiving favourable reviews from critics prior to its release on January 30, 2009, the movie did poorly at the box office.

The movie, which had a 550 million dollar budget, was filmed in Spain, India, Egypt, and the UK. The narrative centres on childhood best friends Arjun, Kabir, and Imraan, who have always been close. They travel to Spain for a bachelor party where they meet Laila, who falls in love with Arjun and aids him in overcoming his workaholism issues. While this is happening, there is a significant miscommunication between Kabir and his fiancée, which they quickly resolved. After figuring out the issue, the three friends travel to different parts of the nation and pick a sport to try as a group.