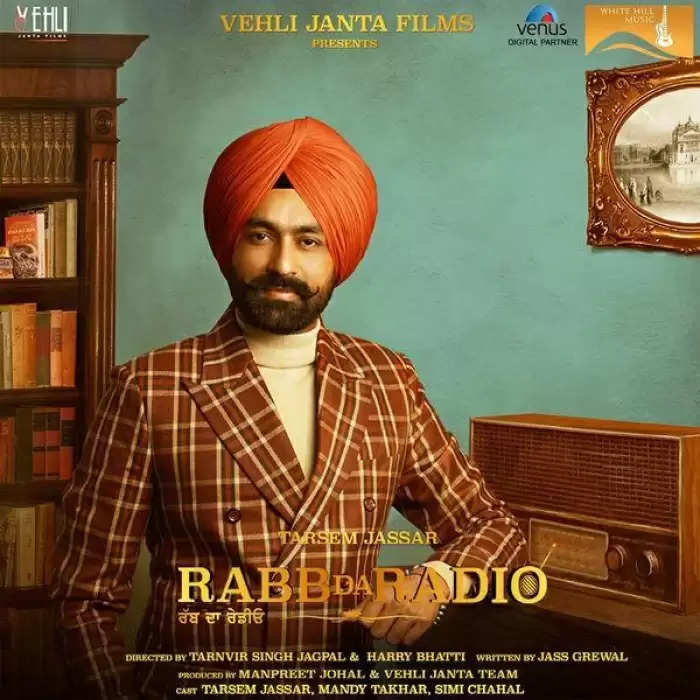 With their unique blend of action, humour, and romance as well as fantastic music, Punjabi movies have a particular place in the hearts of cinema lovers. Here are 10 of the greatest Punjabi films ever made that, in our opinion, will make you love Punjabi films even more:

In Rabb Da Radio, an emotional family film set in the 1980s, Tarsem Jassar plays the wealthy Manjinder who falls in love with Guddi, played by Simi Chahal, who comes from a modest family with tensions within it. What makes the movie so heartwarming is how Naseeb, Guddi's sister-in-law, rescues the day as family pressure rises on the pair to divorce.

Jatt & Juliet is a romantic comedy starring Diljit Dosanjh and Neeru Bajwa. It depicts a slick, cunning man who wants to marry a Canadian woman in order to obtain Canadian citizenship and a lady visiting Canada in order to advance her profession. They keep running into one other as a result of various occurrences, until an old couple's reunion causes them to understand how much they care for one another.

Mika Singh, Lakhwinder Singh Kandola, Vaquar Shaikh, and Victor John play the main characters in Mitti. The challenges that Punjab's young are currently experiencing as a result of all the different ways they might be deceived are displayed on screen. Relationships and politics both have an impact on how these young guys view life.

The 1984 anti-Sikh riots that claimed the lives of many families are the inspiration for the historical drama Punjab 1984. Satwant Kaur, played by Kirron Kher, is a mother who is hoping for the safe return of her son Shivjit, portrayed by Diljit Dosanjh, who was abducted during the riots. We follow his trip as others who have come into contact with him describe their encounters.

This uplifting story about lovers who are prepared to stand up to the world to protect their love is starred by Ammy Virk and Tania. It is a traditional fairy tale that is set in rural Punjab.

The characters of Ammy Virk and Sargun Mehta prove the adage to be accurate as their fake of a relationship to make the girl's boyfriend envious quickly develops into a way of life for the two. This movie is a must-see because of what fate has in store for them.

With a recitation of the Gurbaani, Ardaas seizes your attention right away. The task of ensuring that your movie-watching experience is spiritual is then taken on by Gurpreet Ghuggi. You will be moved by it, and you will leave the movie a better person who is more compassionate and understanding of others who are less fortunate.

Squadron Leader Jasdeep Singh Wadala, played by Jimmy Shergill, is the main character in the political suspense thriller Dharti. Jasdeep, an Air Force employee, comes home amid political unrest and has to deal with tragedy while navigating the political power struggle that continues oncoming with new twists at every step.

"Love has no boundaries." Lahoriye reaffirms this point by illuminating how the division of India damaged interpersonal ties between citizens of the two nations and how love may still unite us in the face of all our differences.

The main character, played by Tarsem Jassar as Surjit, is a guy who was reared as his own after being adopted as a kid by a Sikh colonel from the scene of a slaughter. Surjit searches for his birth parents in Pakistan as an adult. The events that follow form the movie's plot. The performances of Rahul Jugraj and Tarsem Jassar received a lot of positive feedback.