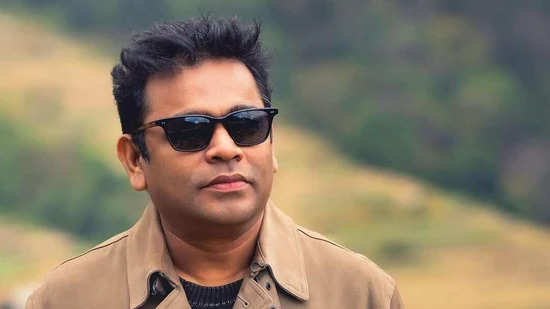 You must have heard about the wealth of actors and actresses but today we are going to make you aware of the top richest Indian singers in this article.

He is undoubtedly the most talented singer, composer, and musician in India and the wealthiest singer in India. Rahman was born in Chennai and began his career as a film and television composer. Rahman quickly rose to prominence and acclaim from critics and audiences alike for his work on the film "Slumdog Millionaire," for which he received his first Academy Award. In addition to his film work, Rahman has written music for stage productions such as Broadway's "Bombay Dreams."

Sonu Nigam, another singer among India's wealthiest, was one of the country's most well-known stars in the late 1990s and early 2000s. Nigam, who is known as a perfectionist, has contributed his voice to numerous film soundtracks. He has received several awards for his efforts, including the coveted Filmfare Award for Best Male Playback Singer.

Honey Singh, the rapper, and singer may not be in the prime of his career right now, but he is still one of India's wealthiest artists. Not bad for someone whose sole source of fame was a YouTube celebrity. He is now a well-known musician who has received numerous awards and honours. His accomplishment serves as an inspiration to aspiring vocalists all over the world who want to make it in the music industry.

Shreya Ghosal, a National Film Award-winning vocalist, is one of India's wealthiest artists. Ghosal has achieved enormous success both at home and abroad, with her albums selling millions of copies worldwide. She is one of India's most popular singers, and her popularity is not waning. Ghosal's enormous wealth is a testament to her talent and perseverance, and she will no doubt keep the public entertained for many years to come.

Aslam rose to prominence in Pakistan after the release of his debut album, Jal Pari. He has since become a huge sensation in India. His success can be attributed to his distinct voice and obvious talent, which have found an audience in both countries. In addition to his musical career, Aslam has established a successful acting career, appearing in a number of popular Bollywood films. Given his enormous fortune and popularity, Atif Aslam is clearly one of the most successful Pakistani singers in India.

He is equally at ease singing on stage as he is acting in films and television, and his exceptional talent has earned him a sizable fan base both in India and abroad. Diljit Dosanjh, unquestionably captivating and extraordinarily brilliant, will no doubt continue to astound audiences for many years to come.

Daler Mehndi is a well-known figure in the country's music scene for his vocal contributions to the international popularisation of the Punjabi variant of the Indian folk genre bhangra. Mehndi is another performer who has achieved success despite having no ties to Bollywood.

Chauhan, who is known for her unusual voice and distinctive singing style, dominated Bollywood in the early 2000s. With hits like "Ruki Ruki Si Zindagi" and "Dhoom Machale," Chauhan's reputation as a well-known star has grown. Chauhan has appeared in Hindi films and songs in Tamil, Telugu, Marathi, and English. She has won numerous awards, including the Filmfare and IIFA Awards for Best Female Playback Singer. Regardless of the language, Chauhan's obvious talent and charisma continue to captivate audiences.

Arijit Singh has long been one of Bollywood's most in-demand vocalists, and his voice has captivated the country. Because of his heartfelt melodies and wonderful voice, Singh's incredible musical journey has reached millions of people. He has had success over the course of a decade, and there are no signs that he will soon stop. Singh's music has fans from all over the world in an increasingly globalized world, and his distinct voice continues to move people.

Mika Singh is an illustrious Indian playback singer. Since breaking through, he has written a string of hit songs that have swept the country. He has a great sense of theatrics in addition to his singing ability, which has helped him gain millions of fans. As a result, it should come as no surprise that Singh has amassed a substantial fortune.