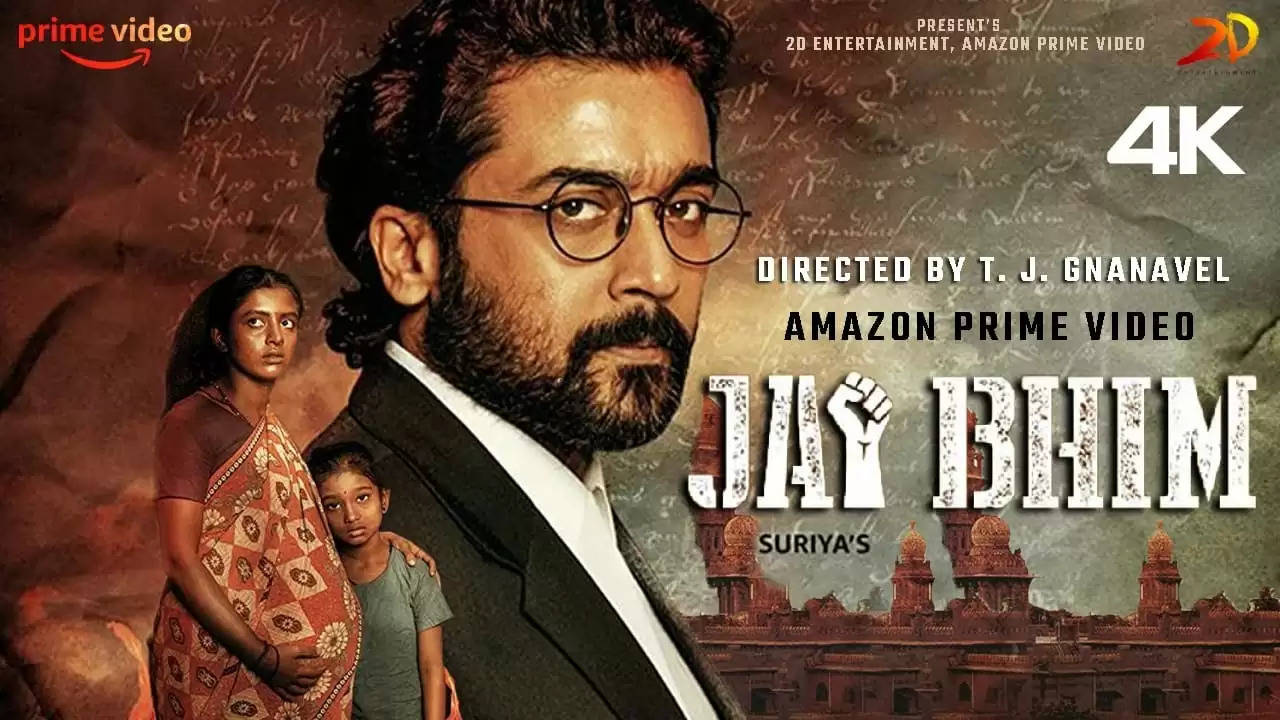 The films from South India, which span many languages, consistently astonish the audience with fresh ideas for stories and imaginative picturization amid the huge ocean of Indian cinema. Additionally, the performers and directors are both top-notch. Let's look at a few of the top South Indian films.

When a tyrannical rich guy wrongly accuses a poor tribal man of burglary, the police unlawfully imprison him and he disappears shortly after. A fearless attorney called Chandru resolves to assist the family in obtaining justice. This highly regarded picture is not just among the finest South Indian films of 2021, but also among the greatest works of Indian cinema ever made.

The humour in this Tamil political satire is top-notch. Two competing political parties exist in a community, and they are willing to do anything it takes to win the elections. When the decisive vote is in the barber's hands, he is in a position of strength. Watching this film is a true delight.

Narappa, an Asuran remake in Telugu, is just as amazing as the original. It tells the tale of a farmer whose vengeful son kills an upper-caste landowner.

Naandhi is among the greatest instances of the trial and jail dramas that dominated 2021. Surya spends years in prison while awaiting a fair trial after being falsely accused of murder.

Aaekkariyam, a passable movie by Biju Menon, centres on the lives of a Malayali couple in Mumbai under the state of emergency. It is a mystery drama that develops slowly yet has above-average viewership.

This Telugu romantic drama presents a caste-based love narrative, a theme that has been exploited frequently in movies. But the cast's sincere performance is what distinguishes this film from others. One of the highest earners of the year was this film.

One of the top South Indian films of 2021, this critically praised film starring Dhanush had an 8.2 IMDb rating. The powerful authority of the competing hamlet Melur denies the downtrodden communities of the village of Podiyankulam a bus stop. One individual takes the initiative to defend the public's rights.

This political thriller gem offers a rich glimpse into the hardships and trials faced by police officers. Due to political pressure, the entire system seeks to implicate three police officers who become involved in the murder of a local goon's acquaintance. To avoid the reach of the authorities, they flee for their life.

This Malayalam film tells the tale of a newlywed woman who defies expectations from her husband and in-laws to be the perfect housewife. The film is likeable, hilarious, realistic, and relatable.

Drishyam 2 is a follow-up to the well-known Malayalam film Drishyam from 2013, and it performs and plots just as well as its predecessor. Six years after the first chapter, Georgekutty and his family are living a happy life when the narrative starts. Georgekutty is unaware that a witness has been left as a result of his flawless crime.