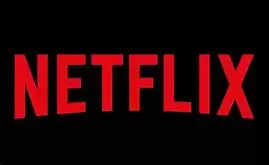 Netflix is one of the most used OTT platforms by viewers of Tamil movies. If you are also among those searching for some good movies on Netflix, then this article is definitely for you.

'Annaatthe,' which translates as "Big Brother," is a Tamil action film about Kaalaiyan, an honest and upstanding village president. Although Kaalaiyan values morality and ethics above all else, he is quite proud of his position and refuses to bow to anyone, resulting in a massive feud with Nattadurai, the rival leader.

Petta tells the story of an elderly man hired as a hostel warden who encounters an unruly group of young people with ties to the underworld. The story then returns to Petta's past, revealing his motivation for doing what he does.

This film is widely praised for its cinematography, acting, and powerful direction, and is set beautifully at night against an urban backdrop. The absence of dialogue between the characters conveys far more than what is said. It subtly highlights socioeconomic disparities and male entitlement.

Mersal stars one of Tamil cinema's biggest stars, Vijay, as Maaran, a doctor who declares war on corruption in the healthcare sector. Maran discovers that the real killer is a doppelganger after being wrongfully arrested for the murder of his colleague, Dr. Arjun Zachariah.

'Mugamoodi' is Kollywood's first foray into the superhero genre. 'Mugamoodi,' a one-of-a-kind film in Indian regional cinema, was written and directed by Mysskin, who has been hailed as a cult filmmaker in Tamil cinema. The film depicts the life of Anand, a simpleton who is fed up with society's injustice and corruption. Anand, a martial arts expert, uses his Kung fu skills and a mask to raise a vigilante named 'Mugamoodi.'

Mr. Chandramouli' is the story of a gifted boxer and his father. Raghav is a boxer who dreams of making it big in the ring. He is hoping to secure a good sponsorship deal. Raghav lives with his caring and loving father, Chandramouli, who encourages him in his dream journey. However, the father-son team becomes entangled in the evil plot of a greedy business tycoon.

The film contains a significant amount of violence, but the director refused to censor it. This gory film is not for those looking for typical action. The plot revolves around chain snatching, which is one of the most common crimes in Indian cities.

Don is an action-comedy film set in a college setting, with the protagonist a young college student. College drama, excitement, fun, and romance abound in the film. It has a lot of funny scenes that will make you laugh out loud.

Caste differences and jealousy taint Mehandi's and Jeeva's stories. 'Mehandi Circus,' set in the 1990s, is Saravana Rajendran's directorial debut. He revives the fading circus art form, of which Mehandi is a part.

'Andhaghaaram,' which translates as "Darkness," is a Tamil language supernatural film that follows three seemingly unrelated people in Chennai. The film reveals how these three men live in different timelines and how the supernatural, or rather the spirit world, connects them as it progresses. The rest of the film is exciting to watch as it reveals the current timeline and demonstrates how the spirit world tries to use the living to wreak havoc on past wrongdoers.

Taramani takes us on a journey of people discovering their best selves after delving into their darkest selves. What circumstances compel us to be when no one is looking forces us to consider who we are and who we want to be. This story weaves together love, attachment, sexuality, blackmail, possessiveness, forgiveness, and integrity.