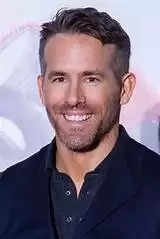 Ryan Rodney Reynolds is a famous Canadian American actor and producer .Ryan Reynold starring free guy is ready to hit the Indian theatres on September 17 This picture remained  a great hit at the box office of United States, this picture was a huge success . This film which stars Joe Keery, Jodie Comer,Taika Waititi in lead roles will release in India in both English and Hindi .This film has everything we love about video games which turns it into one of the best films of the year. Guy an NPC  is an open world games is the focus of Ryan Reynolds film. In  this film he becomes the protagonist of his own tale.As Free Guy is an enjoyable and creative picture, it's comic style and some plots are similar to his other films in the past.

So here the hilarious movies of rain Reynolds that is a must watch films are as follows:

Deadpool- This picture of Ryan Reynolds is similar to free guy all though it all though it is little more experimental and exciting. It's just about psychology and the rhythms of friendship. it starts in Dubuque ,  lowa in the middle of a card game, where a quiet and recessive-seeming man named Gerry (Mendelsohn) first meets a newcomer in town, Curtis (Ryan Reynolds), who has a knack for holding court. He keeps offering to buy Gerry a round of top-shelf whiskey and is so annoyed when Gerry refuses (out of pride, he insists on switching his order to a cheap brand) that  he goes back on his promise to pay.

Just Friends -High school student Chris Brander (Ryan Reynolds) loves his best friend, Jamie Palamino (Amy Smart). He finally confesses his feelings, but she tells him that she just wants to be friends, and he leaves town in shame. Ten years later, Chris is a successful record executive and involved with self-absorbed pop star Samantha James (Anna Faris). He still pines for Jamie, though, and when his plans to go to Paris for the holidays fall through, he returns to his hometown to try and win her heart.