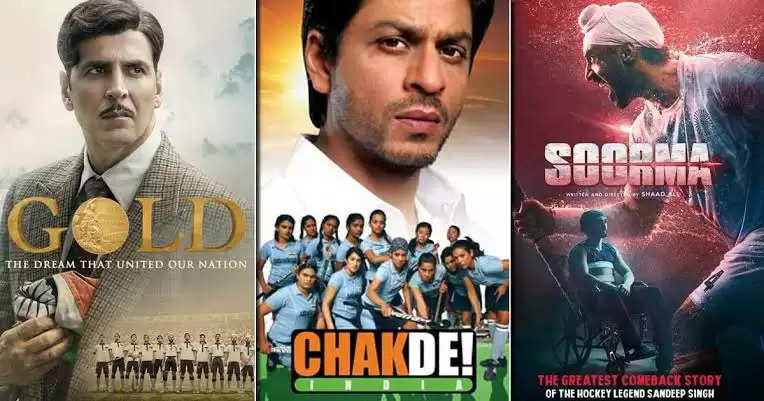 Hockey is a sport in which two teams play against each other using a hockey stick by attempting to steer a ball or a puck into the opponent's goal.

Contrary to basketball or football, there are not a great number of movies based on hockey. Despite the fact that there is very less number of Movies on Hockey in India, there are certainly few hockey films that are of amazing quality.

So let's have a look at the top 7 best Indian hockey movies of all time!

Chak de India was a legendary movie which was directed by Shimit Amin and produced by Aditya Chopra. The film was released on 10th August 2017. The lead role was played by Shahrukh Khan as Kabir Shah. Chak De India's box office collection was approximately over 2.7 billion and was one of the movies to win quite a few number of awards.

The film Harjeeta is a Punjabi inspirational movie directed by Vijay Arora and was released on 18th May 2018. The film is based on the true story of Harjeeta, a hockey player who captained Indian squad during 2016 Men's Hockey Junior World Cup.

Khido Khundi is a Punjabi movie about hockey which portrays the reality of the Indian hockey players from Sansarpur. The film was directed by Rohit Jugraj. It is based on two brothers and the passion for hockey in Punjab. It is a movie about the integrity, sacrifice, passion, and commitment.

This movie is based on the hockey team who got India its first gold medal at the Olympic Games as an independent nation. It will be produced by Farhan Akhtar and Ritesh Sidhwani and directed by Reema Kagti. The teaser of the movie was already out back in February 2018 and is expected to be released on 30 December this year.

Aakki is a Tamil film directed by Magesh Periyasamy featuring Mahendran, Aditi Chowdary, and Anu Hasan. The film was produced by M Baskar and was released in 2017.

Speedy Singh is the inspirational movie directed by Robert Liberman produced by Akshay Kumar and Paul Gross which was released on 23rd September 2011. The film was released in the languages Punjabi and English but later it was dubbed in Hindi as Speedy Singhs.

The film Soorma is a biographical movie directed by Shaad Ali and produced by Chitrangada Singh. The main roles are played by Diljit Dosanjh, Tapsee Panu, Angad Bedi. It is a true story based on Sandeep Singh a hockey player who was paralyzed by the accidental gunshot and was eventually taken on a wheelchair during the year 2006.