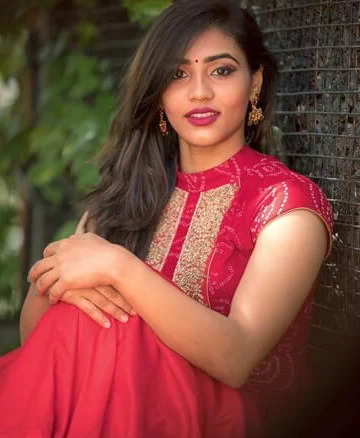 The Kannada film industry is full of talented and beautiful actresses who consistently dazzle audiences with their performances. From Srinidhi Shetty to Sapthami Gowda, here is a list of the most prominent Sandalwood actresses.

Sapthami Gowda was born to Umesh SK Doodi and Shantha Madaiah in Bengaluru, Karnataka. Her father works as an Assistant Chief of Police. Sapthami Gowda attended Baldwin Girls High School in Bangalore before studying Civil Engineering at Bangalore Institute of Technology. She is also a national-level swimmer. Kantara, Sapthami Gowda's latest film, is a huge blockbuster.

Srinidhi Ramesh Shetty is a model, actress, and beauty pageant winner from India. In the 2016 Miss Diva pageant, she has crowned Miss Supranational India and later represented India at Miss Supranational 2016, which she won. She is only the second Indian woman to win this title. She has also appeared in Kannada films.

Rachita Ram is an Indian film actress and model who is best known for her work in Kannada films. She made her Sandalwood acting debut in the film Bul Bul.

Ashika Ranganath is a well-known Indian actress. She made her Sandalwood debut in Crazy Boy, a romantic comedy directed by Mahesh Babu. Ashika was raised by her parents, N. Ranganath, a Civil Contractor, and B. Sudha Ranganath, a housewife. Anusha Ranganath, Ashika's elder sister, is also an actress.

Nishvika Naidu is an Indian film actress who has primarily worked in the Kannada film industry. Nishvika has appeared in films such as Dilpasand and Gaalipata 2. Nishvika's previous film to be released in theatres was Dilpasand in 2022.

Amrutha Iyengar is an Indian film actress who has primarily worked in the Kannada film industry. Amrutha has appeared in films such as Hoysala and Abbabba. Amrutha's previous film to be released in theatres was Hoysala in 2023.