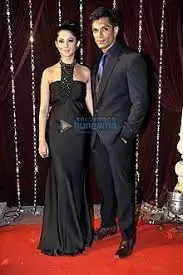 It's A THROWBACK time.

Do you remember Dil Mil Gayye stars, Karan Singh Grover and Jennifer Winget? Of course, you do. How can you forget someone who stole millions of hearts? The duo, Jennifer and Karan got married in real life in 2012 but got divorced two years later due to some complications in their relationship.

Karan has been into the headlines more for his personal life than his profession. For the few who didn’t know, he has been married thrice, two of them ending in divorce.

He was first married to Shraddha Nigam in 2008, Jennifer Winget in 202, and finally third time to Bipasha Basu in 2016.

As per reports, Karan Grover’s first marriage with Sharddha ended when he was found cheating on his wife with his dance show, Jhalak Dikhla Jaa choreographer Nicole Alvares.

A few months later of his second marriage, Karan was again alleged of cheating his wife. Due to this incident reports also suggests that Jennifer Winget slapped him on the sets of Dill Mill Gayye and were on non-talking terms for months in their marriage span. They even shot their scenes separately at different time schedules.

Things winded up pretty soon but their relationship couldn’t survive more and they filed for a divorce. Finally, Karan Singh Grover was married to her co-star, Bipasha Basu.