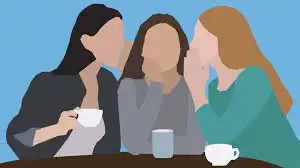 The top actress mentioned in the blind item was dating the superstar whose recent film bombed. We're curious how she was able to tolerate his womanising. Or was he cheating on her and she had no idea? Some gossip forums claim that the top actress was also not of the exclusive type - we don't know how true this is because none of our sources were able to confirm it. The leading lady is a control freak with a short temper. She was a fierce rival to her ex-wife. boyfriend's Both were competing for the same films and brand endorsements. As soon as he ended his relationship with the top actress, he began dating his current wife.

The film's first look poster which was released yesterday has received mixed reactions. One ex-India cricketer's comment shocked us. It looks like the actress & her husband are not liked by many in the sports fraternity. That explains why several sports stars keep taking potshots at the couple. The wife's interference in her husband's domain is also rumored to have made things worse. The ex-BF of the top actress(the one's whose big-budget production bombed) had mentioned how the actress was a control freak when they were dating. Looks like she hasn't changed much since then.

Can you guess the celebs we are talking about? Please drop a comment with your guesses.