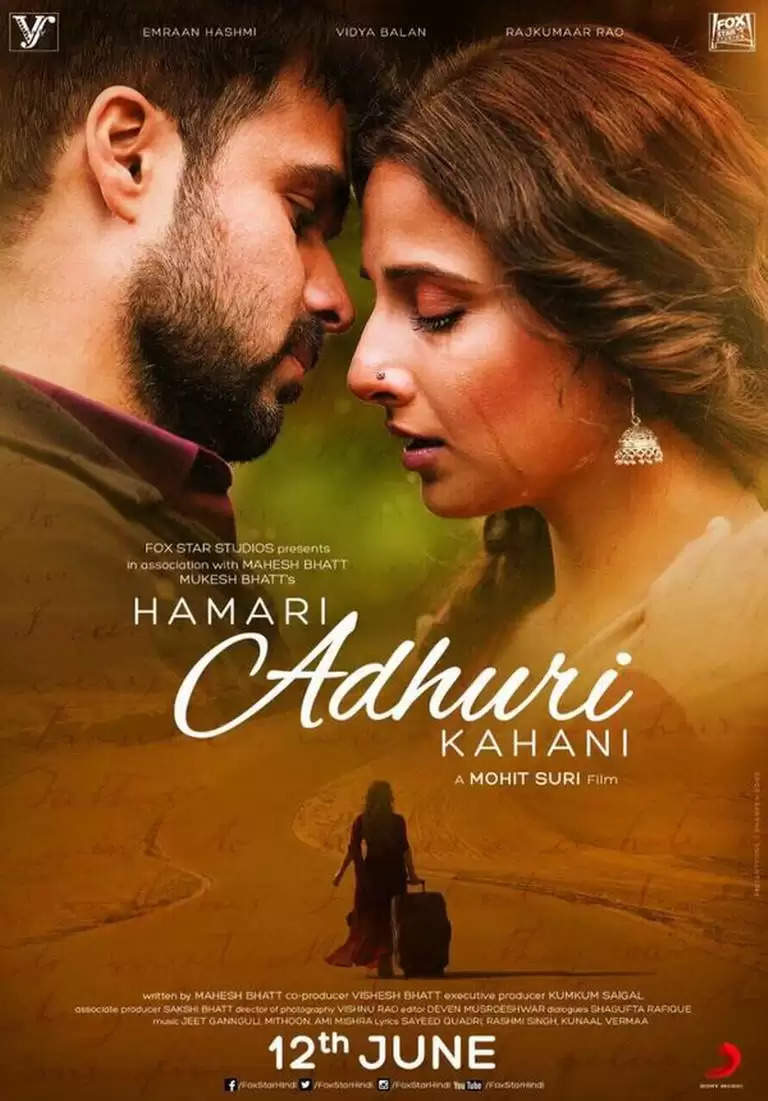 Mohit Suri's latest release, Hamari Adhuri Kahani, has only collected Rs. 22.57 crore so far, a far cry from his previous blockbusters. While Mohit lost his Midas touch with this film, here are five reasons why we believe it was a box-office flop.

There isn't a single happy scene in the film. There is an overdose of glycerine in this pathos-ridden film, and every character has a sob story to tell, which then becomes interconnected, leaving the poor audiences to wonder, what wrong did we do to deserve this?

Vidya appeared to be older than both of her leading men, Rajkummar Rao and Emraan Hashmi. We enjoyed Vidya's performance, but Amala Akkineni, who played Hashmi's mother, appeared more spunky than Vidya in their one scene together. The performances were good, but because of the unusual pairing, it failed to entice moviegoers.

While Mohit Suri is known for having an ear for music, the songs in this film failed to captivate music fans. The songs are forgettable and thus failed to create a buzz around the film.

Piku and Tanu Weds Manu Returns continues to reign supreme at the box office. In addition, Dil Dhadakne Do has captured the imagination of city audiences. The public is in the mood for lighthearted films. Would Vidya Balan's weepie act be popular?

The presence of the new Jurassic Park instalment in Indian theatres is the biggest blow to the Bhatts, who have recently had an unbroken string of flops. Audiences prefer Hollywood spectacle to Bollywood tamasha, according to past experience.