Benefits of Wearing Black Thread on Ankle as per Astrology
By pranami b Mon, 27 Dec 2021 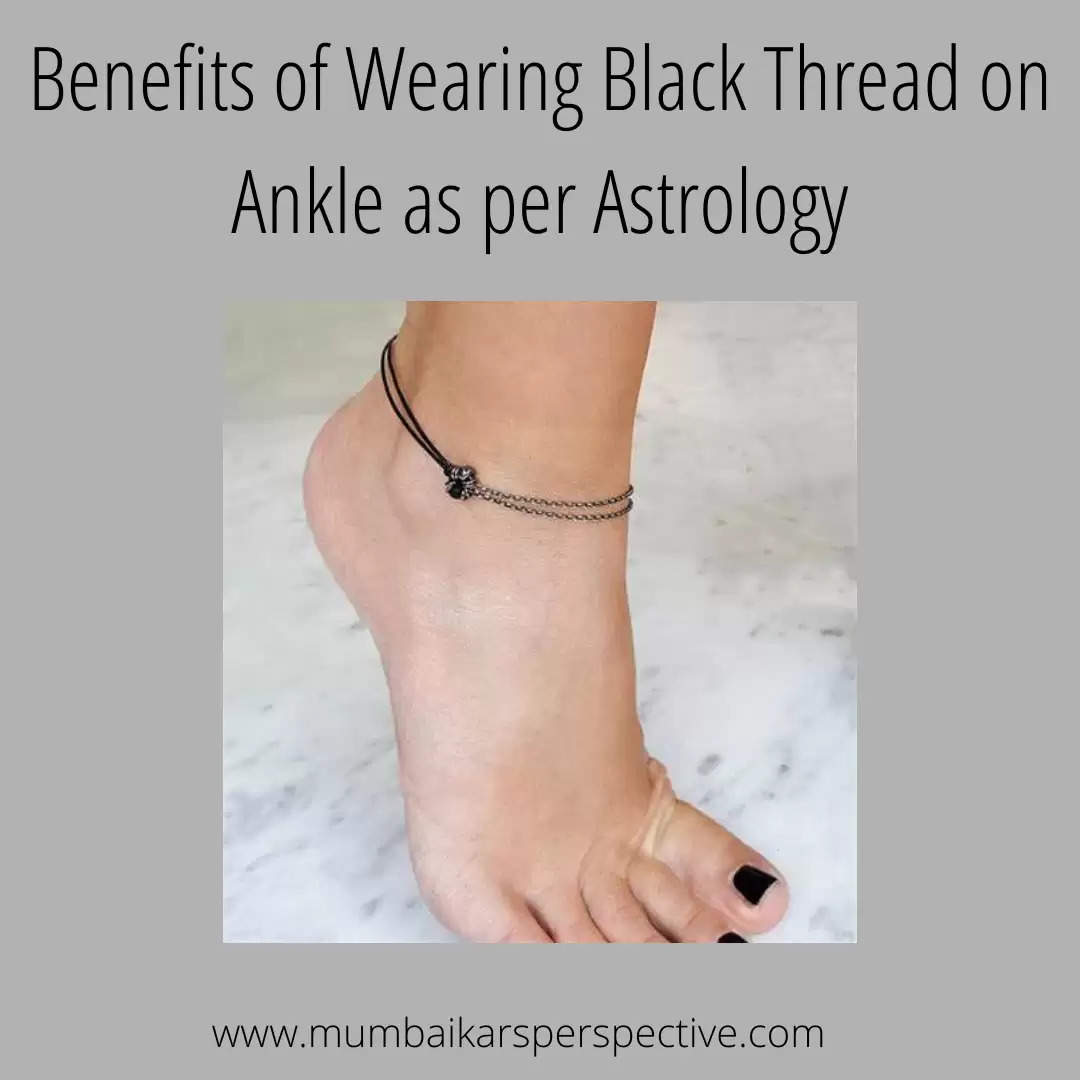 You may have noticed people and especially women wearing a black thread around their ankle. Though many of us think it is stylish, a lot of people consider it to be a holy thread which will guard them from negative energy around them.

Many believe that it will bring them good luck and elude them from negative energy. Be it in the arms, wrist, ankle or neck, there are numerous beliefs connected with the wearing of black threads.

People bring black thread from various temples such as Baba Bhairav Nath temple, and wear it. Many ideas related to black thread are well-known, so let us now try to know it in terms of religious belief, it has astrological significance too.

According to astrological theory, black color is considered as the symbol of Saturn. Rahu Ketu is believed to be the reason for evil powers or sight. The black thread protects people from the ill-fated effects of Rahu Ketu. Wearing the obligatory thread used in the worship of Shani Dev gives us protection against the evil eye. It us said that one should chant Shani Dev's mantra twenty-one times after wearing a black thread.

You need to make nine knots in the black thread before wearing. While wearing it, you should keep in mind the propitious time. According to the condition and transit in astrology, the black thread should be worn by chanting mantras.