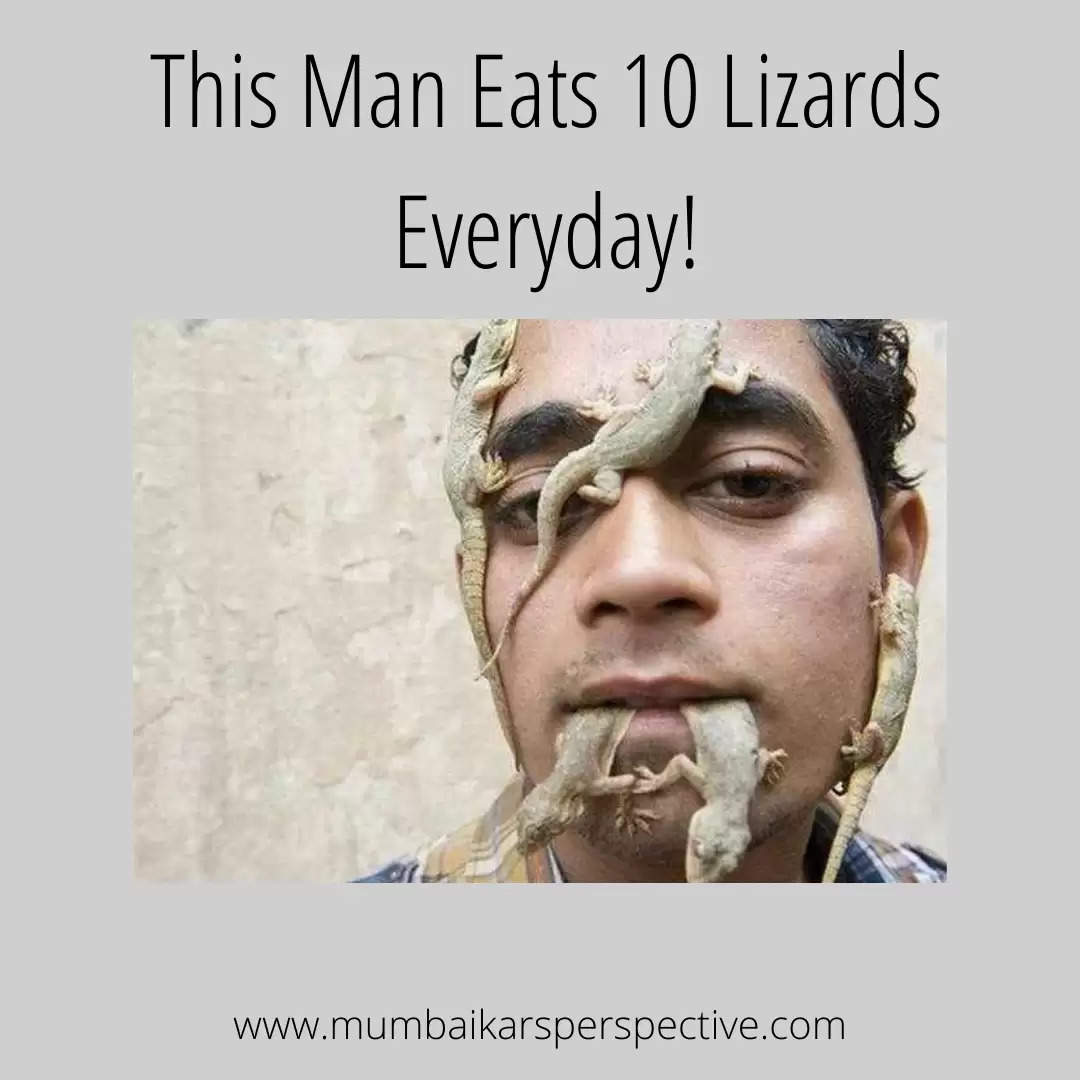 Yes, you read it right! Kailash Bagban, popularly known as ‘poison man’ or ‘vish purush’, a resident of Maina village of Sehore district in Madhya Pradesh has an (un)usual habit of eating lizard recepies.

The reason is sufficient enough as why people call him the 'poison man' or 'vish purush’.

On a daily basis, he eats about 10 lizards. As gross as it sounds, among the recipes, lizard soup is his favorite. When he is in the mood of a salad recipe, he even eats the reptiles alive. A lot of people freak out when they find a lizard crawling on walls or ground, but it isn’t the same with him. He instead hunts it down and happily relishes the juicy flow of the blood from his kill.

He has not limited himself to lizard. So far he claims to digest about 60 other poisonous insects and reptiles.

When he was asked how and when the habit got him, Kailash, a Class VIII drop out, says, "When I was a child, I loved to play with insects, While playing with them, I accidentally put one or two in my mouth; I liked the taste and later started eating them regularly."

“Now a lizard has become more important than medicine for me. Before going to bed, I need a lizard otherwise I can't sleep," he reported.

Kailash's help is sought, in case of any snake bite incidents in his village or nearby villages. He has saved a lot of lives by sucking out the venom. His habit may sound strange, but his neighbors like him for being the savior of the village.

"People love me as I save lives. At the same time it hurts me when they treat me differently. They usually keep aside the utensils I have used," he said.