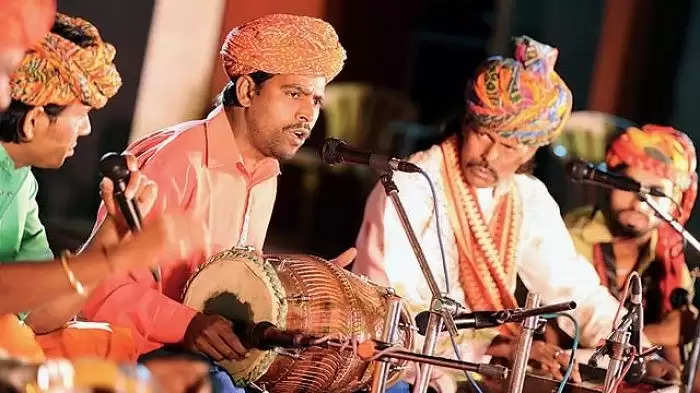 India is well-known for its diverse culture and heritage, in which art plays an important role. India's virtuosity in performing arts is one of the wizardry heritages that best represents and expresses the ethnicity of India. Folk music has always been dear to the hearts of Indians. The diversity of Indian culture has greatly influenced the art of folk music, making it what it is today.

Bihugeet is a popular and well-known type of folk music in India. The Bihugeet, which is performed three times a year during the Bihu festival, is melodious music with simple lyrics that describe Assamese daily life activities. Young girls and boys dressed in traditional attire sway together, expressing their joyous background. Bihugeet themes frequently include nature, love, social messages, future aspirations, and so on.

Pandavani is an Indian folk song that uses lyrics to tell the story of the Mahabharata's characters and stories. Tambura is primarily used during Pandavani performances and also aids in character description. Harmonium, Tabla, Dholak, and Manjira are among the other instruments.

Maand, which is both classical and folk music from Rajasthan, is a true blessing for anyone who appreciates art. This popular folk music sounds similar to 'Ghazals' or 'Thumri,' but it is very different. Maand's soulful music is performed on Sarangee and other percussion instruments. The lyrics of this enriched style of folk talk about people's lives in Rajasthan and are considered very heartwarming.

Bhavgeet is expressionistic music. The singer's expressions are most important because this music expresses various themes such as philosophy, love, and nature. The poems written by famous Kannada writers and poets have revived this ancient musical form of folk music.

The Zeliang of Nagaland is a primitive style of music that is primarily performed by the Zeliang tribe. The songs are about Nagaland's history and have a composition that you will instantly recognize. The lyrics of these songs are about romance, ancestral stories, and the harvest season. The Zeliang performance is done in groups with people dressed in traditional red and black attire.

Kajari, another fine form of folk music, is thought to have originated in Mirzapur. Women perform and sing the music when their husbands are away for an extended period of time. Kajari folk music is known for its melancholy, and the instruments that best complement it are the Sitar, Veena, Bansuri, Santoor, and Sarod.