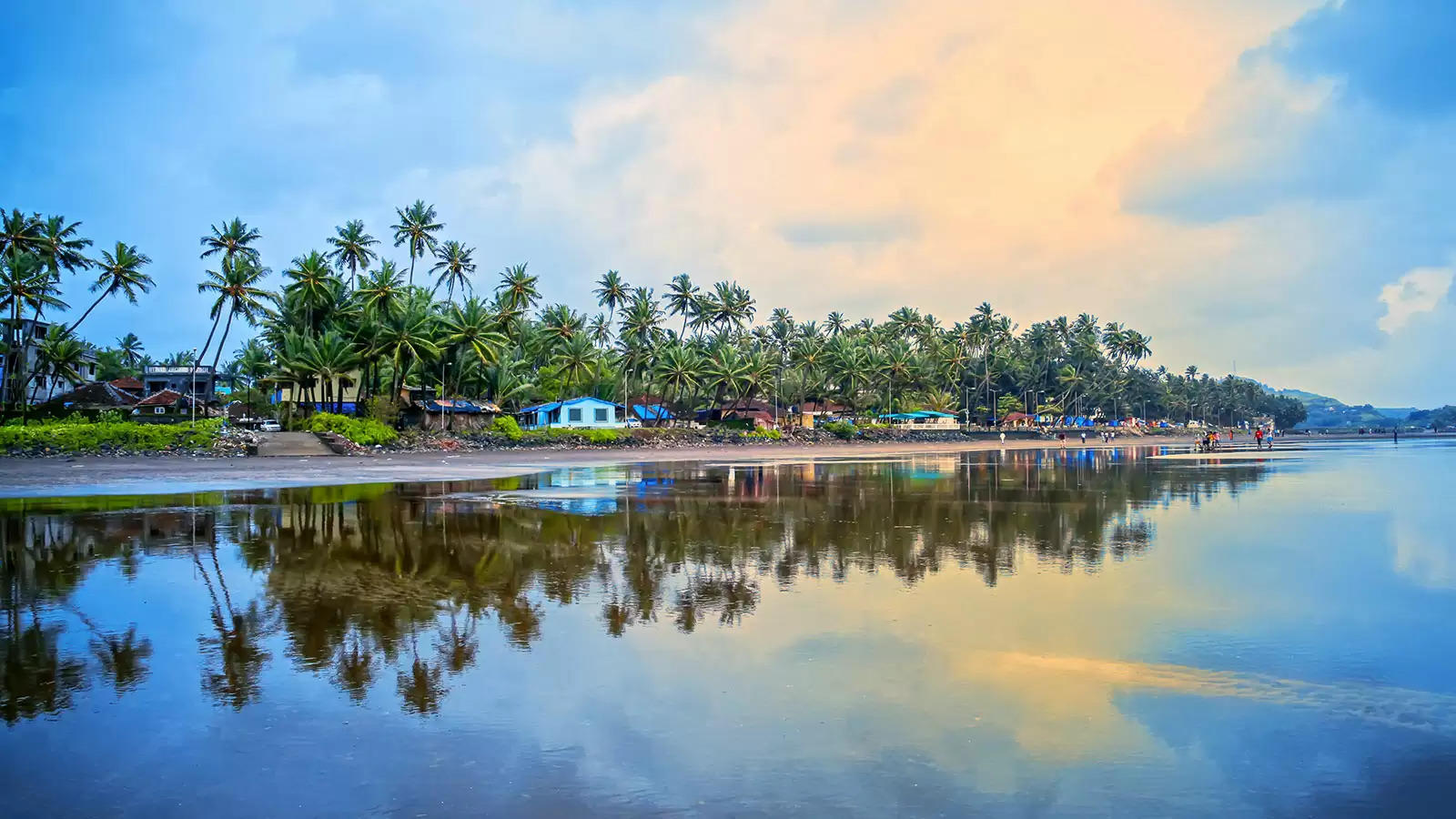 There are many stunning beaches along Maharashtra's Konkan Coast, many of which are among the most unspoiled in the nation. They are delightfully off the beaten path for tourists, with little commercial development, and several are practically empty.

The top 10 beaches in Konkan are listed below.

Go on vacation at Ganpatipule Beach's lovely coastlines to get away from the city. One of the most popular vacation spots for people looking for fun is known throughout Maharashtra for its tranquil waves and deep blue water. Your stressed-out nerves from the city will undoubtedly be soothed by the deep azure of the oceans.

The beach's name comes from the nearby Ganpati temple, which is also located there. According to legend, the idol appeared out of the earth with all of its features and perfect form. The beach has traditionally been considered to be the best beach in Konkan despite being located 330 kilometres from both Mumbai and Pune.

Tarkarli is most renowned for its golden sand beaches and pristine blue sea, which are located where the Karli River and the Arabian Sea meet. One of the nicest Konkan beaches, the unbroken coastline is one of the most popular vacation spots for couples, groups of friends, and families.

Tarakarli has become well-known for the variety of adventurous activities, water sports, and stunning locations for relaxation and tanning that it provides. In Tarkarli, the hills, forests, and coast all take on a lovely mélange of green, gold, and blue during the months that follow the monsoon season, making the beaches of Konkan even more beautiful and quiet.

The sun-kissed beaches of Alibaug, despite being rather congested, provide the ideal respite from the Konkani coast's sun and sand charms. Among all the Konkan beaches, this fort has become a popular vacation spot because of the local cuisine and the stunning coastline.

This seaside town has a lot of pristine, undiscovered beaches along its coastline, which is a blessing for beach lovers! The location is a wonderful hideaway despite the high levels of visitors. Given that Alibag is only 82 kilometres away from Mumbai, getting there is simple.

Speaking of the Kashid beach, it is one of the Konkan beaches renowned for its tranquil but calm atmosphere. Kashid is undoubtedly a complete escape in every manner, but the main factor in its high quality is that it is one of the best beaches in the Konkan and is located midway between the city and Pune.

It is a popular beach escape nearby the metropolitan centre and is rather crowded on the weekends due to its proximity to 2 km.

This beach in the Konkan region is more like heaven on earth, offering a blend of peace and exquisite views. One of the nicest beaches in the Konkan region, the beach is bordered by woods on both sides and provides a surreal retreat from the commotion and pollution of the metropolis.

The beach is well-known for its spotless sands, and a few kiosks can be found there that sell tea and vadas to make your getaway enjoyable.

The Juhu beach is the most revered of all the Konkan beaches. This six-kilometer-long area of land draws visitors from all around the world.

This beach provides everything you might want, including food courts, entertainment, restaurants, and other establishments. Here, skipping the sunrise is simply not an option because it is the most picturesque moment.

Go to Guhagar if your soul cries out for you to be on one of the Konkan coastline's unspoilt, pristine beaches. It is tucked away between the Vasishthi River and Jaigad Creek and is one of the first few beaches along the Konkan coast. This is where Konkan's stunning white sand beauty really starts.

The Suru trees provide protection for the beach, which is sandwiched between two hills. The beach and the town are well recognised for their tranquil atmosphere and for their produce, which includes Alphonso mangoes, coir goods, coconuts, and betel nuts. From Chiplun, which has excellent road connections and is a railhead, it is simple to get to Guhagar's beach.

Versova beach is one of the most well-liked tourist destinations in Mumbai due of its captivating shoreline. It is nearer to the Andheri neighbourhood than Juhu beach, which is separated from it by a creek.

The area is largely unaffected by commercialization and provides visitors a very tidy and beautiful landscape to enjoy. One of the well-known beaches in Konkan, it is surrounded by vegetation and makes for the ideal weekend retreat to allow you wave goodbye to the pollution of the city and simply bathe in the peace of nature.

Here, one may genuinely experience being enthralled by nature and revitalising time spent with loved ones.

Harihareshwar, a historic seaside town with a huge Shiva temple at its façade, is one of the best weekend escapes from Mumbai. It's fun to explore the rocky beaches along this shore! Harihareshwar is where the Savitri River enters the sea, making the town significant both historically and culturally.

Two beaches, one measuring 2.4 kilometres and the other 2 km in length, may be found in the town alone. Harihareshwar is the ideal beach vacation spot because it is surrounded by nature and situated at the base of the Sahyadris.