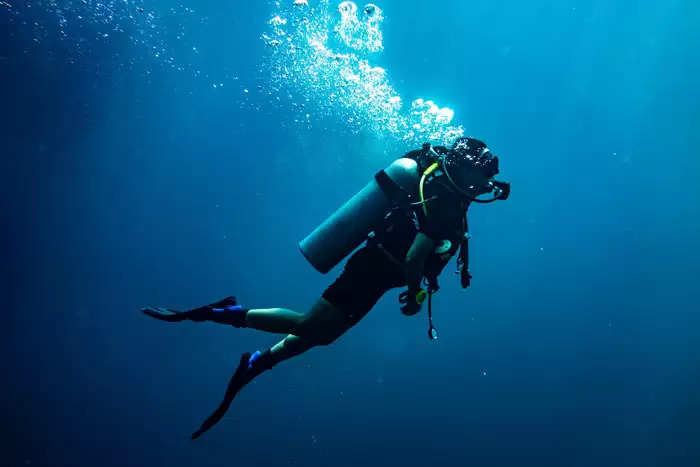 Here is a list of some of the top diving locations in the globe, suitable for both beginners and experienced divers.

The Similan Islands, the Surin Islands, Phuket, Ko Tao, and other fantastic diving locations may all be found in Thailand. The greatest diving may be found close to Ko Tao and up towards the Similans, however you can dive pretty much everywhere in this place and still have a blast.

Indonesia's Gilis have gained enormous popularity recently, and for good reason! Your dives will take place against a stunning backdrop of reefs and ocean. A vast reef system that is better conserved than others in the region surrounds the islands. There is even more of a motive to visit and explore because the island is far less expensive than its neighbour, Bali.

Sipadan, which is in Malaysia, is regarded as one of the top five diving sites in the world. The area is bustling with activity. You will witness everything from turtles to cave networks to sharks, dolphins, schools of fish, and brilliant coral and fish in between. You won't only get to view these; you'll see them in astonishing diversity and quantity.

There is no need to introduce the Great Barrier Reef. The world's longest reef, which is off the coast of Australia, is home to every type of coral and tropical marine life you can think of. Nearly 350,000 square kilometres make up the reef itself, making it so large that it can be seen from space. Don't miss your chance to view the reef while it is still there. Over 2 million people visit the reef each year, but sadly, climate change is having disastrous effects on the reef. Despite a fish pooping in front of me, diving the Great Barrier Reef was one of the coolest things I've ever done.

Scuba diving is excellent in Hawaii. It's difficult to visit Hawaii and not go diving because the islands are surrounded by reefs and fauna. Being one of the most isolated archipelagos in the world, it is not surprising that there is a lot happening underwater. Seals, manta rays, and turtles are all rather frequent, but if you go from December to May, you could also be able to see humpback whales or whale sharks.

There is one thing that all tropical islands, even those in Micronesia, have in common: they are ringed by vivid coral reefs. When it comes to diving, Micronesia is one of the best places to go in the South Pacific because to dive sites like the Blue Wall. Additionally, there are several WWII wrecks available for exploration. You don't need to explore much farther if you're seeking for a less crowded, reasonably priced, and beautiful location.

This tropical wonderland, which can be found in the Philippines, is also a diving paradise. There are plenty of reef systems and all the typical suspects, such eels and clown fish. In the Philippines, it is by far the most well-liked diving location, and with good reason. You may unwind on the lovely beaches when you're done swimming beneath the water. Both wins!

The finest diving spot in Brazil is located here, despite the fact that it may not be widely known to tourists. It is hardly unexpected that Fernando de Noronha's fame has increased in recent years. In the clear seas that surround these islands, there is a great deal of life to be found. You will be able to swim with dolphins, turtles, and other animals. The Corveta V 17 is even one of the top wreck sites in the entire globe.

The Red Sea is an entrance of the Indian Ocean that is situated between Asia and Africa. Its breathtakingly pure blue seas and vivid, life-filled reefs never let visitors down. This is a diver's heaven since the water is consistently warm all year. You may discover top-notch diving across the Red Sea, from Sharm El Sheikh to the wrecks at Sha'ab Abu Nuhas to the Thistlegorm and Ras Mohammed. It's also quite inexpensive.