According to some recent reports, Arjun Kapoor who is a famous actor and also Malaika Arora's boyfriend and her ex husband Arbaaz Khan are going to appear on Malaika and Amrita's web show called 'Arora Sisters'. 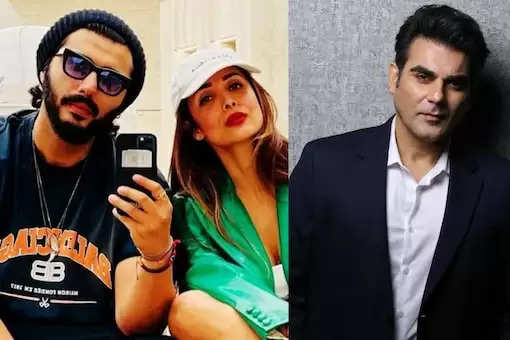 Malaika Arora was in the news when she divorced her her ex husband Arbaaz Khan after 18 years of marriage with. And now she again became the talk of the town when she made her relationship official with Arjun Kapoor .But both Malaika and Arbaaz have been now co-parenting their son Arhaan together. Reports are saying that both Arjun Kapoor and Arbaaz Khan are going to appear on Malaika and Amrita's web series called 'Arora Sisters'.

Malaika and Arbaaz had tied knot with 1998 and they continued to be in this marriage as husband and wife for 18 years. The couple filed their divorce in 2017 and now they are co-parenting their only son Arhaan and never miss a chance to be with him on any important occasion.

Moreover, Malaika and Arjun have becoming more and more strong in their relationship. They are together for the past 4 years and are showing off their affection on public platforms without any shy. In the meantime, Arbaaz Khan is currently dating Giorgia Andriani.

The couple are often come under the eyes of netizens because of their age gap and trolls prefer to call them as mother-son duo instead of a couple. But repeatedly, both Arjun and Malaika have stood by each other and give proper reply to those who talk bad about their relationship. The couple shows that finding love in their 40s is pretty normal.