India’s Most Loved Comedian Raju Srivastava Is No More 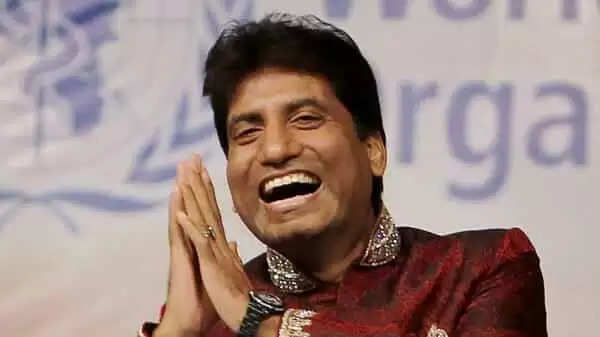 Comedian Raju Srivastava breathed his last on 21st September. Over a month ago he was admitted to AIIMS after he pass out at the gym while working out. The comedian passed away on Wednesday at the age of 58.

Ashok Srivastava cousin of Raju Srivastava had shared to PTI recently that the comedian had suffered a heart attack while working out at the gym. Ashok had told PTI, “He was doing his as usual routine exercise and while running on the treadmill, he suddenly collapsed. He experienced a heart attack and was immediately taken to the AIIMS hospital”.

According to the recent reports by ANI, Garvin Narang, the comedian’s personal secretary gave information that Raju Srivastava was recovering and was getting better. He said in the statement “Raju Srivastava attained consciousness after 15 days. He's being put in a close observe by doctors at AIIMS Delhi. His health condition is improving”.

Earlier few reports were saying that the comedian was put on a ventilator after suffering brain damage. On August 10, Raju Srivastava blacked out during his gym session. The comedian complained of chest pain and was immediately taken by his trainer to AIIMS hospital in Delhi. Reports also said that he was given CPR twice to restore his heartbeat. Initially, his condition was seen to be improving, but soon after his health started getting worsen.

Raju Srivastava gained his fame with the show The Great Indian Laughter Challenge. As his stand-up comedy was very much loved by the audience, he had also done many smaller roles in few films including Aamdani Atthanni Kharcha Rupaiya, Maine Pyar Kiya, Baazigar, Bombay to Goa, and many more. He was also working as the Chairman of the Film Development Council in Uttar Pradesh.

All the people whether it’s from film fraternity or from the common man, people are only sending heartfelt condolences to the late comedian's family and friends.