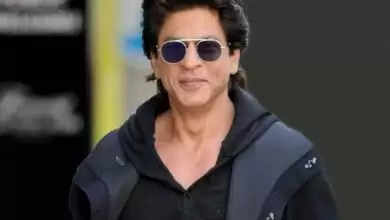 One of the most adored performers in Bollywood is Shah Rukh Khan. Since the upcoming release of his movie Pathaan, all eyes have been on him. After almost 4 years, the actor will return to the silver screen. He last appeared with Anushka Sharma and Katrina Kaif in Zero. Well, Deepika Padukone and John Abraham will also play significant roles in Pathaan, and everything about the movie—from the music to the posters—is garnering attention.Everyone is drooling over SRK's chiselled form, and it has started to dominate conversation. The Pathan star has, however, made news for yet another reason, and this time it is for the better. According to reports, SRK's Meer Foundation gave the family of the victim of the horrible hit-and-run incident that occurred in Delhi an unknown sum of money.

The Anjali Singh family received assistance from the Meer Foundation of Shah Rukh Khan
Everyone is still in shock after a recent terrible hit-and-run incident in Delhi. Anjali Singh, a 20-year-old woman who died in this tragedy in Kanjhawala, Delhi, was the only provider for the family, which also included her mother and siblings. According to rumours, the family of Anjali Singh has received an unknown donation from Shah Rukh Khan's Meer Foundation. The Meer Foundation's assistance is to support the family, notably the mother with her health challenges while giving Anjali's siblings some relaxation.

The Meer Foundation
The Meer Foundation is a charitable organisation that bears Shah Rukh Khan's father's name, Meer Taj Mohammed Khan. Its mission is to empower women and create change at the grassroots level. Various projects that aid underprivileged women and children have received assistance from the Meer foundation in the past.

Shah Rukh Khan's last appearance on the big screen was a very long time ago. Fans have been anxiously awaiting the actor's film announcements ever since he was last seen in the 2018 movie Zero. However, it appears like 2023 will be a very exciting year for both the actor and his fans. SRK has a few intriguing film lineups. Along with Deepika Padukone and John Abraham, he has Pathaan. His songs and appearance have already ignited the internet. Along with Nayanthara and Taapsee Pannu, he also has Atlee's Jawan and Rajkumar Hirani's Dunki.