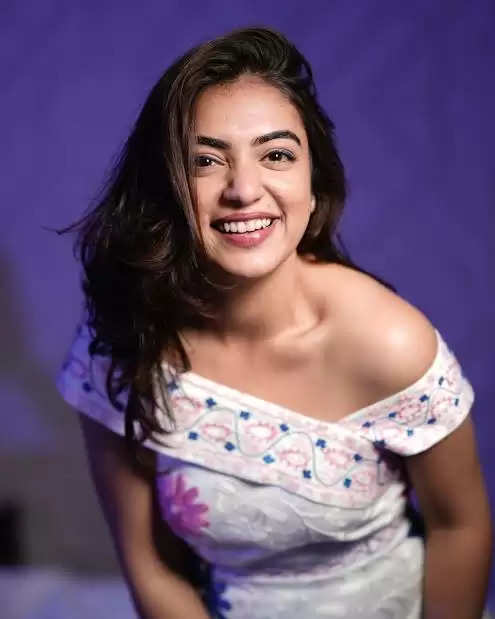 Nazriya Nazim made her debut as a child artist back in 2006 Malayalam-language drama movie ‘Palunku’ directed by Blessy. The movie earned a lot of praise from critics. She went on to appear as a child actor in movies like ‘Pramani’ (2010) and ‘Oru Naal Varum’ (2010). She actually made her official debut in the 2013 Malayalam movie ‘Maad Dad’ directed by Revathy S Varmha. The movie saw negative reviews upon release. That very same year, she also starred as ‘Jeena/Veni’ in the Indian black comedy thriller movie ‘Neram’ directed by Alphonse Puthren. The movie was made in both Malayalam and Tamil languages. ‘Neram’ received a positive response from  the critics and was a huge box office success, grossing over more than ₹21 crores on a budget of ₹1.5 crores. Nazim also received various awards for her performance in the movie including the ‘Asiavision Award,’ ‘Ananda Vikatan Cinema Award,’ and ‘Filmfare Award South.’

In 2014, she starred as ‘Pooja Mathew’ in the Indian Malayalam-language coming-of-age romantic comedy movie ‘Ohm Shanthi Oshaana’ directed by Jude Anthany Joseph. The movie opened to a positive reception and was a box office success. Nazim won 2 Asianet Film Awards for her role in the movie. That same year, she also won various awards which includes the ‘Kerala State Film Award,’ ‘Asiavision Award,’ and ‘Vanitha Film Award’ for her portrayal of ‘Divya Prakash/Kunju’ in the Indian Malayalam-language coming of age romantic comedy-drama movie ‘Bangalore Days.’ She next appeared in movies like ‘Thirumanam Enum Nikkah’ (2014), ‘Koode’ (2018), and ‘Trance’ (2020). Apart from movies, Nazim has also appeared in TV shows like ‘Punyamasathiloode’ (2004), ‘Shruthilayam’ (2005), ‘Chandrakantham -Telequiss’ (2006), ‘Munch Star Singer Junior’ (2010-2012), and ‘Star Singer’ (2012).

Arjun, Divya and Kuttan are cousins who wishes of relocating to Bangalore. They fulfill their dream of moving to the city, but along with the warmth of the place they face many life changing challenges.