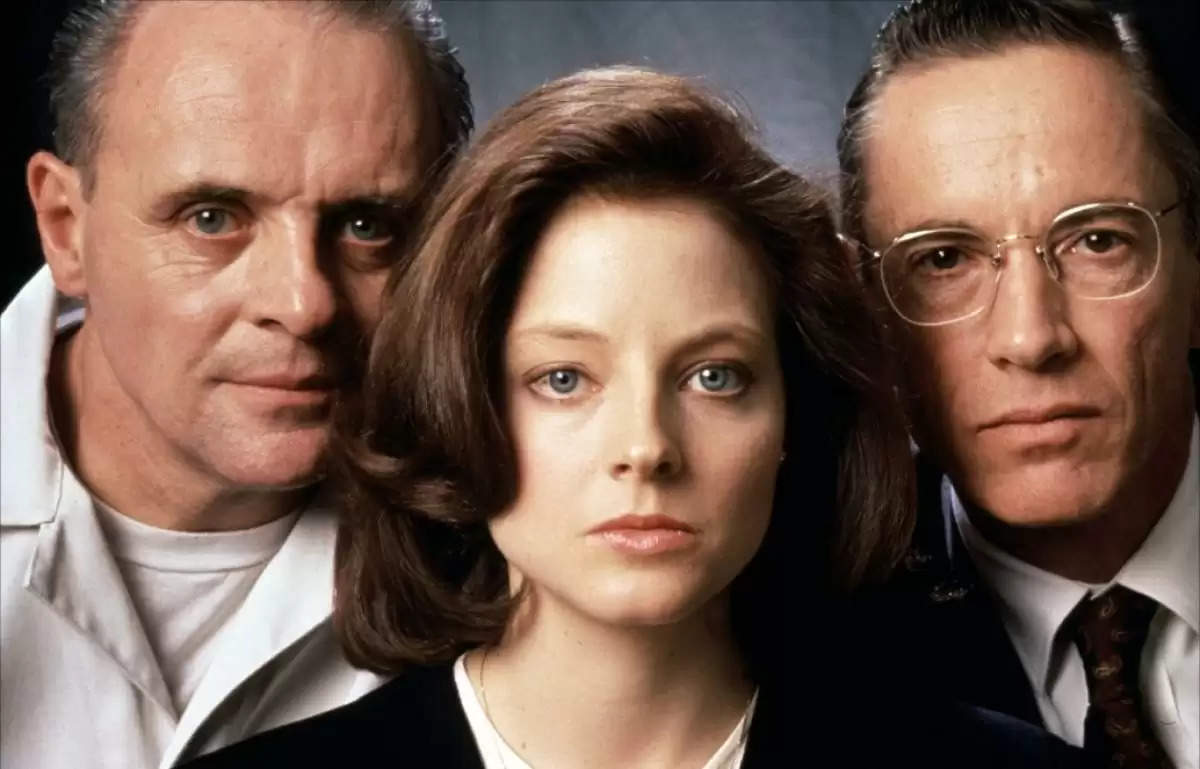 Movies based on true incidents are always fascinating to watch, but perhaps even more so when the events depicted in them involve some of the most notorious serial killers of all time. For fans of true crime, these movies can be both thrilling and disturbing, as they allow us to dive into the minds of those who have done unthinkable acts. Here are the top 10 serial killer movies based on true incidents.

Texas Chainsaw and Silence of the Lambs both have a similar foundation, yet the latter, featuring Jodie Foster and Anthony Hopkins, has established a remarkable heritage. The villain in SOTL, "Buffalo Bill," is inspired by Ed Gein, a person who supposedly made furniture from bones and drank from skull-shaped cups. Then again, Anthony Hopkins' character, Hannibal Lecter, is based on the story of a prisoner with a death sentence who was able to flee from prison by bribing a guard.

The influence of the movie has likely spurred the creation of other films on this list. Because of Silence of the Lambs, there was a widespread curiosity in society about serial killers. Ed Gein is only one example of the many criminals whose despicable actions draw attention and make people curious about the depraved people in our world.

Discussing Psycho, Norman Bates could be viewed as one of the most accurate depictions on this list and one of the most renowned characters based on a real-life crime and murderer. Ed Gein had some deep-rooted issues with his mother, a trait which is credited to Bates in this movie. It appears Gein might be the most influential when it comes to inspiring memorable movie villains.

Bates is first introduced as somewhat peculiar and timid. Nevertheless, this personality appears to change quickly as he has another identity, that of his belittling mother. Audiences may observe the gentle changes in Bates' character throughout the movie, and they can discuss amongst themselves which side of the character is in charge at any given time.
Psycho was a revolutionary film in the horror genre, but it may not have existed without Ed Gein. The murderer had his own strange relationship with his mother, who abused him and his siblings emotionally and prohibited them from connecting with women. This process of development had a role in shaping the character of Bates's mother, who was likely viewed Marion Crane as a potential danger to her authority due to the personality she had instilled in Norman.

Although The Texas Chainsaw Massacre is promoted as being based on a true story, the character of "Leatherface" is not a real person who caused terror with a chainsaw. However, although the narrative may be slightly exaggerated, it is based on the true events of the 1957 human-slaughter-house, Ed Gein. "The Butcher of Plainfield" is famous for making clothes from human remains, and his story has been used as a basis for many suspenseful films, such as the character of Norman Bates in Psycho.

The actions of one serial killer alone are already horrifying, and the concept of two is even more disturbing. This cult classic is based on the true story of Henry Lee Lucas and Ottis Toole, two real-life murderers. The movie is rather unsettling due to its portrayal of these two men's relentless craving for bloodshed. Although it is a mix of fact and fiction, as it was hard to confirm Lucas' story, John McNaughton still managed to incorporate his own artistic ideas into this already grizzly film. Not for the faint of heart, this movie highlights the capacity of humans to act inhumanely.

The notorious Zodiac killer is so renowned that they deserve a movie to be made about them. David Fincher created the film Zodiac based on Robert Raysmith's 1986 novel, showing the serial killer's activities in the San Francisco Bay Area from the late 1960s to the early 1970s. Not only does the movie display the killer's methods, but it is also casted with well-known actors such as Robert Downey Jr., Mark Ruffalo and Jake Gyllenhaal. Nonetheless, even these stars pale in comparison to the thriller of this true crime story.

The 1976 psychological-thriller television drama, Helter Skelter, directed by Tom Gries, was named after the iconic Beatles' song. It gave the term cult-classic a brand-new connotation by portraying the atrocious acts of the Manson Family. Examining the gruesome archive of Manson's crimes, the movie was a true reflection of the horrific Tate-La Bianca murders of 1969, orchestrated by Manson himself.

Even though he was not the one to commit the murders, he was able to encourage his followers to do so, resulting in seven fatalities. After four decades in prison, Manson passed away in 2017 on November 20th.

John Wayne Gacy's sinister actions as the infamous "Killer Clown" might have been responsible for the development of Coulrophobia (fear of clowns). The 1992 two-part television drama To Catch a Killer, directed by Eric Till, gives an insight into the terrible events of the serial killer who sexually assaulted and murdered over 30 young boys. The most frightening part of the story, in both the dramatization and reality, is the costume he wore while committing the atrocities. Not only did Gacy sport a red-squeaky nose, but he concealed his true, vicious identity with a friendly and neighborly persona.

The 2017 American movie adaptation of My Friend Dahmer, directed by Marc Lynch, stars Ross Lynch and Alex Wolff, the latter of whom plays John "Derf" Backderf, the creator of the graphic novel the movie is based on. The narrative reveals that Backderf was actually close friends with Jeffrey Dahmer until the serial killer's murders started in 1978. Dahmer is widely considered the most notorious serial killer of all time and this movie is argued to be the best psychological thriller based on him. It is a riveting film from beginning to end.

Justin Kurzel's 2011 directorial debut, The Snowtown Murders, immortalized Australia's most notorious massacre. John Justin Bunting (Daniel Henshall), Robert Joe Wagner (Aaron Viergever), and James "Jamie" Spyridon Vlassakis (Lucas Pittaway) committed the "bodies in barrels murders" between August 1992 and May 1999, involving both torture and cannibalism. The trial of these four men was the longest and most widely publicized in South Australian history, and Kurzel's work captures the catastrophic effects of their crimes on Australia.

Anyone who believes that only men are capable of committing violent and murderous acts has not heard of Aileen Wuornos. Monster, a biographical crime film directed by Patty Jenkins and starring Charlize Theron is a great watch for those who are unaware of Wuornos. It is a creative retelling of the story of a woman who went from poverty to committing murder.

In reality and on the big screen, Wuornos was a prostitute who killed seven of her clients between 1989 and 1990. Monster was celebrated upon its release in 2002, winning multiple Academy Awards and becoming a crowd favorite, as well as a semi-fictional account of one of the most infamous female serial killers in history.