Top 7 Ghazal Singers Of India Ever & Their Memorable Songs 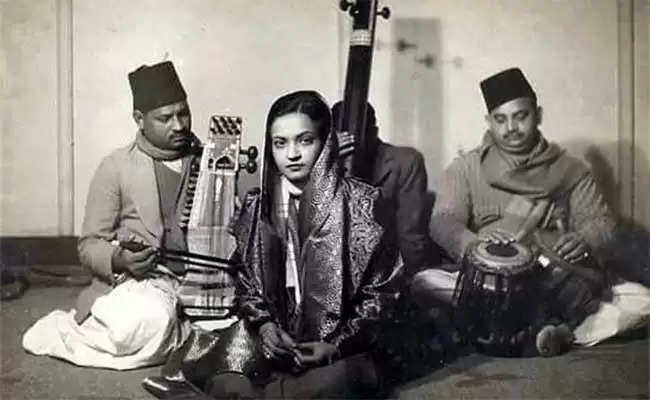 No one can avoid the strain and commotion of living in a busy urban area. Finding tranquility and serenity can be difficult but not out of the question. Music is an enduring solution for expressing your deepest emotions. Ghazals, with their meaningful Urdu lyrics and calming music, have a specific and special place in the realm of music. Here are some of the most prominent Ghazal singers and their immortal Ghazals that have left a lasting impression in the world and in our hearts.

Jagjit Singh is widely recognized as the 'King of Ghazals' due to the weight his name carries in the world of ghazals. His melodic and indelible ghazals have deeply moved many listeners, causing them to shed tears. He and his wife Chitra Singh are renowned as the greatest husband-wife duo in the history of recorded music, and are revered as the trailblazers in their field. They have achieved great success as recording artists.

Renowned for his broad vocal range and extraordinary vocal ability, it is not necessary to introduce Mohammed Rafi. He was an Indian Playback singer and the most impactful singer from the Indian subcontinent. Rafi had the talent to sing all types of songs, from mellifluous tunes to upbeat numbers, from Qawwalis, Ghazals, Bhajans to Classical music. He was bestowed with the National Award and 6 Filmfare Awards and later was given the Padma Shri by the Government of India in 1967. His singing could make you cry, laugh, and each genre could bring out different emotions. His Ghazals were the most tender and peaceful in which he combined each lyric with his voice and harmonious music.

Pankaj Udhas, a well-known Ghazal singer from Gujarat, is renowned for his melodious voice and the way he can create profound emotions with his singing. His music has been embraced by the public, and he has even started the 'Khazana Artist Aloud Talent Hunt' to recognize and foster new talent in the Ghazal scene. He was honored with the Padma Shri award by the Indian government.

Akhtari Bai Faizabadi, famously known as 'Begum Akhtar', was a renowned singer of Hindustani Classical music. She was highly respected for her Ghazals, Dadra, and Thumri. She was also given the title of 'Mallika-e-Ghazal', and her beautiful and emotive voice enabled her to enter the world of acting. She sang the songs of all her films and continued to act for a long period. Her singing only got stronger and her voice became more profound and experienced as time went on. She composed most of her Ghazals and was frequently featured on the All India Radio.

Taalat Mahmood, known as ‘Shahenshahe-e-Ghazal’, was an iconic Indian playback singer who was highly successful in the non-classical and semi-classical genres. Despite coming from a traditional Muslim family from Lucknow, his undeniable talent and passion for Ghazal music led to a legacy that will never be forgotten. His mellifluous singing style and his mastery of the Romance and Tragedy genres made him a pioneer of modern Ghazal singing. He was renowned for having the gentlest and most emotive voice in India.

Chitra Singh, an Indian playback singer and an acclaimed Ghazal vocalist, is known for pioneering Modern Ghazal Singing along with her husband Jagjit Singh. This husband-wife duo is the first of its kind to have achieved success in the annals of Indian music. With no professional music education, Chitra learned from her mother's music teacher, who was instrumental in giving her a musical background. Her family's musical background enabled her to become a successful singer.

Hariharan is renowned as one of India's most distinguished and preeminent vocalists in history. Originally from Trivandrum, he is a playback, Ghazal and bhajan artist whose main work is found in Tamil and Hindi. He is a famous Ghazal vocalist and is credited with pioneering the Indian Fusion Music. In collaboration with Lesle Lewis, they created a two-person band and produced various private albums, composing music for a few Tamil cinema and Bollywood films. Earning two National Awards, the Government of India presented him with the Padma Shri in 2004.