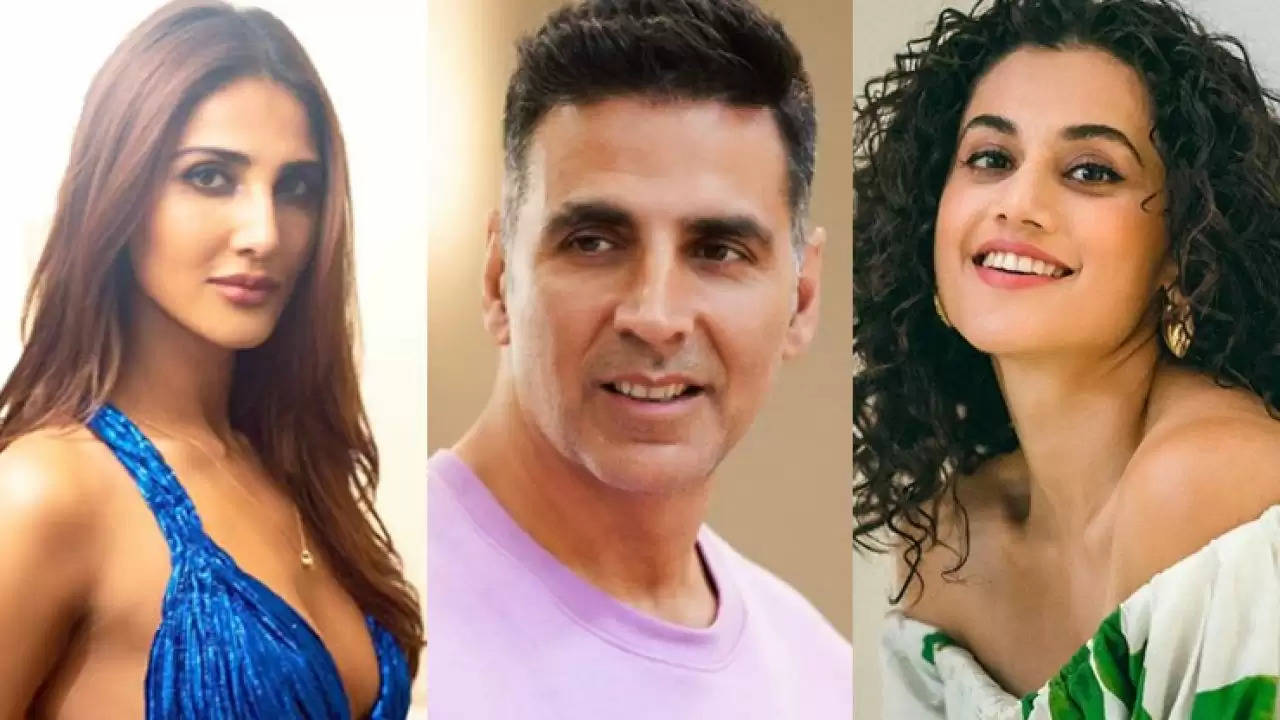 Akshay Kumar is all set to make a comeback with a comedy film named Khel Khel Mein. A source revealed that the Housefull star has come on board as director Mudassar Aziz's next comic entertainer. The film will be produced by Bhushan Kumar and Ashwin Varde, however the shooting schedule is not known yet. According to the latest report, Vaani Kapoor and Taapsee Pannu will also appear in Khel Khel Mein.

With this, Akshay will be reunited with his two co-stars. It's worth noting that Sooryavanshi collaborated with Vaani in Bell Bottom, and Taapsee and Akshay appeared together in Naam Shabana and Mission Mangal. According to the source, the film will also be featuring Punjabi singer and actor Ammy Virk in a prominent role. . More actors will be joining the cast shortly, but details are still being worked out. Meanwhile, the picture is expected to to go on floors next year.

On the work front, apart from that, Akshay will feature in the upcoming films Selfiee, OMG 2 - Oh My God! 2, Bade Miyan Chote Miyan, a Hindi remake of Soorarai Pottru, and Vedat Marathe Veer Daudle Saat. In addition, the actor recently stated that he will play mining engineer Sardar Jaswant Singh Gill, the man who rescued 65 coal workers in 1989, in his yet-to-be-titled film.

Taapsee will be next seen in Dunki withShah Rukh Khan. Rajkumar Hirani will direct the film. Woh Ladki Hai Kahaan, an investigative comedy-drama starring Pratik Gandhi, Prateik Babbar, and Shadab Rahbar Khan, is also in the works. Vaani, on the other hand, was most recently seen in Karan Malhotra's period drama Shamshera, in which she co-starred with Ranbir Kapoor and Sanjay Dutt.